Meet the new boss; same as the old boss. Last week, Starbucks CEO Kevin Johnson announced his retirement. Replacing him on an interim basis will be none other than Howard Schultz, who not only led Starbucks to prominence, but served as its CEO on two separate occasions: 1986 to 2000 and 2008 to 2017. One of the biggest challenges facing Schultz on his return will be a growing push by workers within the company to unionize, and he appears to be ready to deal with this issue head on.

In December, a Buffalo Starbucks became the first company-owned location to unionize, leading dozens of other locations across the country to also petition for a union vote. Schultz has an established history of seeking to improve conditions for Starbucks employees but also of opposing unionization within the company. He even went to Buffalo in advance of the union vote to encourage employees to continue to work with Starbucks' management directly.

With this issue in the background, on Wednesday, Schultz reportedly reached out to baristas and other workers in an email, according to The Wall Street Journal. "We have to take a hard look at how we are doing as a company, and as a community of partners," his message was quoted as saying. "These are the questions on my mind as we renew a journey to see beyond what Starbucks has been and what it is today to what it will become." Schutlz reportedly went so far as to include his Starbucks email address in the message, inviting employees to reach out to him.

What's not clear is how long Schultz will be around to try to smooth things over. In the official Starbucks announcement of Johnson's retirement, Schultz's term as interim CEO was described as one that will "focus on setting an innovation framework, while also coaching and onboarding the next permanent CEO of Starbucks."

"Although I did not plan to return to Starbucks, I know the company must transform once again to meet a new and exciting future where all of our stakeholders mutually flourish," Schultz said in a statement at the time. "Our success is not an entitlement. We must continue to earn the trust of our people and our customers every day by how we deliver the Starbucks Experience, how we treat each other and how we act as a responsible community member and corporate citizen."But the timing of the return of Schultz – who, through years of policies that benefited employees such as pay raises and stock programs, may evoke more positive feelings from baristas – would certainly appear to work in Starbucks' favor.

"I feel very strongly that our partners were speaking to us," Starbucks board Chairwoman Mellody Hobson told the WSJ, "and I don't think we were hearing that." 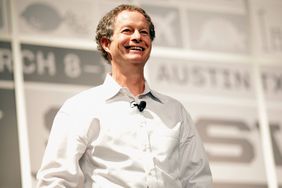 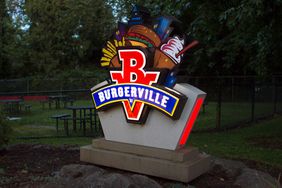