Cryptocurrency and frequent flyer miles can now be applied to gift cards saved in the Starbucks app.

Last March, Starbucks quietly tested a cryptocurrency payment app in some of its U.S. locations. The app was part of Bakkt (pronounced "backed") a prominent digital asset platform that shares a parent company with the New York Stock Exchange. And — we swear this isn't an April Fool's joke — Bakkt has announced that Starbucks customers can now use Bitcoin, gift cards, and even frequent flyer miles to reload their Starbucks cards through the coffee chain's own app.

Although Starbucks doesn't accept Bitcoin or other cryptocurrencies directly, the Bakkt App allows users to convert cryptocurrency — along with "supported loyalty and rewards points" and frequent flyer miles — into U.S. dollars, and then put that value onto the Starbucks card that is saved in the Starbucks app. (Yes, it takes two apps to pull this conversion off, but it also gives you something to talk about while you're waiting for the Flat White you just kind of paid for with Bitcoin.)

"The average consumer holds a wealth of digital assets, from gift cards to loyalty points to bitcoin. but lacks the tools to adequately track and utilize their value," Bakkt CEO Gavin Michael said in a statement. "We're thrilled to bring the Bakkt App to the public as a step along our journey to expand digital asset access to all."

Helping cryptocurrency go more mainstream has been one of Bakkt's MOs from the jump, and in order to do that, it needs to get retailers, restaurant chains, and other regular (read: non-techie) companies on board with the idea of eventually accepting digital assets as payment. Bakkt named Starbucks — the most mainstream of mainstream coffee shops — as its "first launch partner" way back in 2019, and it's hard to imagine that the coffee giant hasn't been asked for its input from both the marketplace side and the customer side.

"No matter how customers choose to pay at Starbucks, the goal is to deliver a seamless payment experience," a Starbucks spokesman told Nation's Restaurant News. "Through the integration with Bakkt, we continue to play a role in developing practical and trusted applications for consumers to convert their digital assets into U.S. dollars for use at Starbucks. We will continue to learn and evaluate future opportunities through our relationship with Bakkt."

As Bakkt developed the app, it says that more than 500,000 people participated in its Early Access Program, testing out features and presumably helping it become as user-friendly as possible. In addition to Starbucks, it's working to integrate the app with other retailers, including BestBuy, Choice Hotel, and GolfNow.

In the meantime, if you want to buy your next latte through the app, you'll need to cash in roughly 0.0068 percent of one Bitcoin to do it. Be sure to mention that to the person behind you in line. 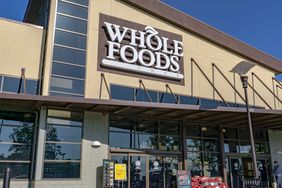 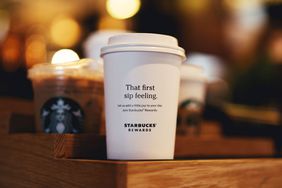 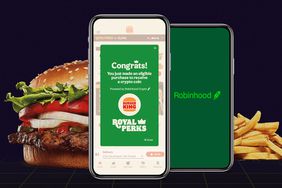