For Chris Shepherd, 2018 was an exceptionally busy year; the award-winning chef and tireless Houston cheerleader—nearly out-cheering hometown legend Beyoncé, seriously—took a look at his growing local empire, thought he might like to turn the whole thing upside down, and then shake it around just a little bit, if only to see what might happen. (The results, so far, have been impressive.)

Then again, for anyone in Houston, this was a good year for growth, for new beginnings. In normal times, America's fourth-largest city (and growing) isn’t the sort of place that likes to sit still for too terribly long, but then there was very little that was normal, about late 2017, and most of 2018. Long after the rest of America had turned its attention to new dramas, and weren't there just were so many, Houston was still working to dry out and rebuild in the wake of Hurricane Harvey, bringer of one of the costliest natural disasters in United States history. (Even if Houston had wanted to sit still, that wasn’t really an option.)

All of this meant that 2018 was a very good year for giving back to the community, to say the least. Shepherd’s Southern Smoke Foundation, which operates an emergency relief fund to assist food and beverage professionals in crisis, while also supporting charities like the MS Society, the Gulf Seafood Foundation and Legacy Community Health, found itself very busy.

By the end of last year, Shepherd’s organization announced it had given away a whopping $1.5 million since its first fundraiser in 2015, helping to bridge the all-too-frequent gaps faced by restaurant workers. Many live paycheck to paycheck, and are entirely ill-equipped to deal with the usual financial stresses, let alone having their livelihood threatened by the catastrophic floods that played havoc with the regional economy.

Until now, the foundation’s most visible annual fundraising effort had been a popular October barbecue (and booze) blow-out, a joyous event bringing in top chefs and notable pitmasters from around the country, not to mention hundreds of thousands of dollars each year. Now, in an effort to grow the relief fund—the goal being able to offer assistance to even more industry professionals in need, year-round—Shepherd will launch Southern Smoke Spring this coming April; tickets will go on sale March 5th.

This time, however, Southern Smoke won’t just be one very big day of very good food and drink, it will be an entire week, and instead of barbecue, the theme will be steak, thanks to a partnership with 44 Farms, currently one of the most popular sources for high-quality beef in Texas. From an exclusive dinner at Shepherd’s Georgia James steakhouse with Austin’s Aaron Franklin, to an evening with Shepherd’s fellow F&W Best New Chef alum (’13) Jamie Malone from Minneapolis at UB Preserv, there’s a whole lot going on, including a whole series of steak nights around town, everywhere from Ryan Pera and Morgan Weber’s Coltivare, to James Beard-winner Hugo Ortega’s Xochi.

Kicking off on April 14th, the series will run through April 18th, ending with a blowout finale dinner, featuring a handful of celebrity chefs. That final roster is still being confirmed—stay tuned for all the details. Meanwhile, here's a brief guide to the events:

Beard Award-winning chef and pitmaster Aaron Franklin is the only guest chef that’s participated in the Southern Smoke Festival every year since the beginning; Franklin's new book, Franklin Steak, will be released just days before he comes to Houston to prepare the ultimate steak dinner with Shepherd and the team at Georgia James, the popular steakhouse that took over the old Underbelly space. Every guest will receive a signed copy of Franklin's new book, described as a "be-all, end-all guide to cooking the perfect steak."

A Dinner with Jamie Malone at UB Preserv

Shepherd met Jamie Malone, chef/owner of The Grand Café and Eastside Restaurant in Minneapolis, in 2013 when they were named to the same class of Food & Wine Best New Chefs. She was nominated for the James Beard Award Foundation’s Rising Star Chef that same year and is a three-time semifinalist for Best Chef Midwest. The Grand Café was a James Beard Award Semifinalist for Best New Restaurant in 2018 and was named one of Food & Wine’s Best New Restaurants the same year. She’ll bring her modern interpretation of classic French cuisine on her first trip to Houston.

Restaurants around the city will feature a Southern Smoke steak dish to their menus, using beef donated by 44 Farms. The total cost of each dish will be donated back to Southern Smoke. Participating restaurants include Brennan’s of Houston, Cafe Annie, Coltivare, Georgia James, Hugo’s, Huynh, Indianola, Ninfa’s on Navigation, and Xochi.

Details to be announced.

For tickets (on sale March 5), and updated information, go to SouthernSmoke.org. 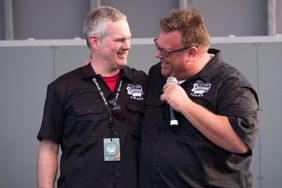 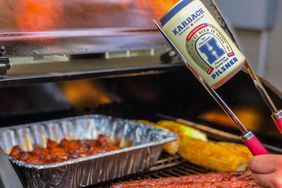