Many chocolate artisans spend years training with masters; Kristen Hard of Cacao Atlanta is almost completely self-taught. "It used to make me feel insecure," she says. "But it's also why I'm unique." She now spends six weeks abroad each year sourcing beans directly from farmers, creating outstanding new bars like one with Venezuelan cacao and raw sugar. Although Hard sells playful confections like a faux salami flecked with biscotti, she refuses to use anything but dark chocolate in them. To win over milk-chocolate lovers, she says she "slowly ratcheted up the cacao percentages, and no one noticed." Hard teaches classes on tempering (the technique used to stabilize chocolate so it will harden properly at room temperature) and grinding cacao beans — all part of her DIY ethic. "I can tell my students are going to buy equipment and do it themselves," she says.

1. Measure: Coarsely chop dark chocolate and put two-thirds of it in a glass bowl.

3. Cool: Add the remaining chocolate; stir until melted and cooled to 88°F; use at once.

Anyone expecting to find whiskey at Bourbon Barrel Foods is in for a surprise: Rather than aging spirits, those barrels are giving soy sauce a distinctly smoky flavor. "I got to thinking about small-batch olive oils and coffees and decided to try soy sauce," says owner and former chef Matt Jamie. He now makes the country's only microbrewed soy sauce with the same wheat and limestone-filtered Kentucky spring water used in small-batch bourbons. Its success (fans include chef Mike Lata of Fig in Charleston, South Carolina) inspired Jamie to create other condiments, like barrel-smoked paprika and a sorghum-and-bourbon-laced teriyaki sauce cheekily named Kentuckyaki. He says, "I live in Kentucky, so why not use what's here?"

2. The Process: The soybeans are cooked, then mixed with roasted cracked wheat. The mash — including yeast, water and salt — ferments and ages for a year in wood barrels from Kentucky's Old Crow Distillery; it's then pressed, filtered and bottled.

3. The Final Touch: Jamie's father, Ken, handwrites the batch and bottle number on every label of Bluegrass Soy Sauce ($5 for 5 oz).

Carolina Gold Rice: Brought over from Africa, this variety is the grandfather of long-grain rice in the Americas.

Why It's Great: Tastes nutty, like barley. A versatile grain that can make creamy risotto or Asian-style rice.

Sonora: One of the oldest wheats in North America; used for Jesuit communion wafers in the 1800s.

Why It's Great: Naturally sweet and low in protein, so dough stretches easily. Ideal for pastry and tortillas.

Spelt: An ancient European grain that's a cousin of wheat. It's also sometimes sold as farro.

Why It's Great: High in fiber and protein, it's a healthy alternative to wheat flour in pasta and bread.

Red May: A robust, Colonial-era wheat that's often blended with other flours for bread.

Why It's Great: This wheat's high concentration of germ and bran helps make biscuits and scones crispier.

"In 1858, American farmers grew more than 300 types of apples," says Diane Flynt, a banker turned cider-maker. "Today, 11 varieties make up 90 percent of apples sold in stores." Her Foggy Ridge Cider in Virginia's Blue Ridge Mountains — the first hard-cider producer in the South to have its own orchard — grows around 30 kinds of heirloom apples. But Flynt wanted to do more to help preserve near-extinct varieties, so she formed the group AppleCorps. Its workshops teach people how to identify uncommon apple varietals and even how to graft and grow heirloom-apple trees. "People love to pick apples, but grafting your own tree is so much more soulful," Flynt says. "We show how easy it is."

"People equate chocolate from the South with fudge," says Scott Witherow, who decided to upend that stereotype by founding bean-to-bar chocolatier Olive & Sinclair. Witherow trained in England at Le Cordon Bleu, the Fat Duck and Nobu, before going home to Tennessee a few years ago. Now he stone-grinds cacao ("just like grits") and uses brown sugar rather than white: "It's so distinctly Southern and gives the chocolate rich molasses notes." His bestseller is a salt-and-pepper bar; new ones include Southern staples like buttermilk and Georgia peanuts.

Kamal Grant of Sublime Doughnuts arrives at 2 a.m. each day to roll out the dough. "This is my product, my signature," he says, which is why he uses stellar ingredients, like Callebaut chocolate for the icing on his A-Town Creams. Grant decided to open a doughnut shop when he was 14, after someone from Dunkin' Donuts spoke to his class on career day. Following a stint in the Navy and studies at the Culinary Institute of America, the 30-year-old opened Sublime two years ago. "There used to be a bakery on every corner, but now folks go to Kroger," he says. "Foodies are saving mom-and-pop places like mine." 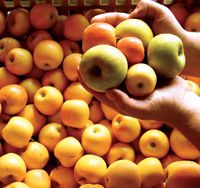 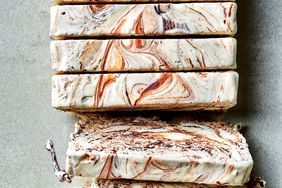 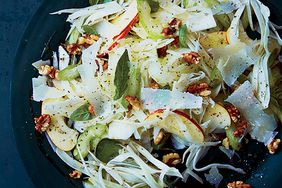