The Shamrock Shake Returns to McDonald's Later This Month

In the McDonald's LTO family, McRib is the eccentric uncle: beloved, but coming and going as he pleases, sometimes disappearing for years at a time. Meanwhile, Shamrock Shake has become the golden child, arriving every year like clockwork just in time for St. Patrick's Day.

And so, with March 17 a sensible number of weeks away, McDonald's has announced that, yes, the Shamrock Shake will be returning starting February 21. And as it has for a few years now, it's bringing a significant other along for the ride, the Oreo Shamrock McFlurry.

Granted, unlike previous years, McDonald's doesn't have any new variations on the Shamrock Shake rolling out to further add to the annual excitement; however, the chain is asking people to show their Shamrock Shake love in a different way — by using the color #cbf2ac.

Those six characters represent what McDonald's says is the official hex code for "Shamrock Shake green," making it easy to get the exact right hue when making digital images to share online.

"The only thing more refreshing than the delicious taste of a Shamrock Shake is the way that minty green hue makes the 'will-winter-ever-end' blues go away," McDonald's states. "For years, Shamrockers across the country have celebrated green to show their love for this delicious dessert... from getting minty fresh manicures to proudly repping their Shamrock-inspired gear. And now, we're helping all our fans make it #cbf2ac official."

And that's not all. McDonald's says once the Shamrock Shake arrives on February 21, "the Shamrock green hex code just might unlock another tasty secret. That is, if you know where to look. Be one of the first to figure out the mystery and you could get a little something special from us."

Frankly, I have no idea what they are talking about, but if I know fast food chains, it sounds like the kind of thing where following McDonald's on social media will answer all your questions. 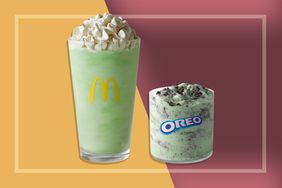 Here's When the Shamrock Shake Will Return to McDonald's This Year 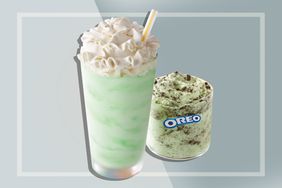