The $42 pair of scented candles is a collaboration with Brooklyn-based Apotheke.

Scented candles from fast food brands aren't unheard of: KFC has released a fried chicken-scented candle, Dairy Queen has released Blizzard-scented candles, and even McDonald's released a scented candle set that, when lit in tandem, was supposed to smell like a Quarter Pounder. But then again, when Shake Shack launched in 2004, burger chains already existed; instead, Danny Meyer's brand set out to take the classic burger joint and make it better.

So does the world need another quirky fast food-scented candle? We can't answer that. But Shake Shack has teamed up with the high-end home fragrance brand Apotheke to try to do it better than the rest anyway.

Launching today, May 12, the Shake Shack x Apotheke Burger & Fries Duo set features two five-ounce candles: "Burger In The Park" and "Shake & Fries." The former is billed as capturing "that first bite of a ShackBurger in the fresh spring air of NYC's Madison Square Park" — which, for those not in the know, is home to Shake Shack's original location. Meanwhile, the latter is described as a scent that "bottles that first dip of a salty, crispy crinkle-cut fry into a creamy milkshake."

Apotheke founder Chrissy Fichtl said the project actually began the same way as most modern relationships, with a DM. "Social media is a conduit for many creative collaborations these days," she told me via email. "One day last year, I received a friendly DM from Randy Garutti, Shake Shack's CEO. He let me know he had been an Apotheke fan for a number of years. I appreciated his conversational approach reaching out to me and through some casual brainstorming, our idea for a collaboration was born."

As for nailing those Shake Shack scents, Apotheke — which added to their foodie credentials last year by releasing a line of candles inspired by the signature drinks at three establishments on the World's 50 Best Bars list — says both branded candles utilize Givaudan's ScentTrek technology.

"The process creates fragrances that trigger delight by pulling very small volumes of air through a low flow sampling pump, a flow through meter accurately measuring the flow of air being collected, and Headspace collection tubes, known as 'traps,' capturing the scent components on a granular powder inside the tube as the air flows through." (To be honest, I'm not clear how any of that turns a hamburger into a candle, but at the same time, that's knowledge that, for practical reasons, I am willing to forgo.)

And yet, despite that wizardry, Fichtl says the candles are still a local product. "Shake Shack started in Madison Square Park and Apotheke has strong Red Hook roots," she continued. "I've lived in the neighborhood working from our factory since 2012. We make all of our candles by hand in Brooklyn and are often in pursuit of new challenges we feel a connection with. Collaborating with a New York City-born partner such as Shake Shack to dream up unusual yet iconic scents is a dream."

The complete set has a suggested retail price of $42 and is available for shipping nationwide on apothekeco.com. 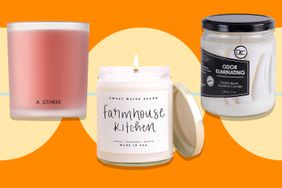 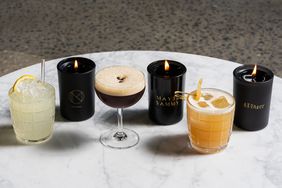