In the age of influencers and endorsements, sometimes a celebrity will slap their name onto an existing brand and you'll wonder just how lucrative the deal could be. Well, if you're Ryan Reynolds and Portland, Oregon-based Aviation American Gin, the answer is a cool $610 million.

Today, British spirits giant Diageo — which owns notable brands like Johnnie Walker, Smirnoff, and Tanqueray — announced its acquisition of Aviation American Gin from Davos Brands (and minority stake co-owner Ryan Reynolds) with an initial payment of $335 million, plus an additional $275 million on the table based on the brand's performance over the next decade. (The deal also includes Davos-owned Astral Tequila, Sombra Mezcal, and TYKU Sake.)

Aviation was co-founded in Portland in 2006 by Christian Krogstad and Ryan Magarian, who sought to develop an American-made dry gin — lighter on the juniper flavor with a smoother finish than some other varieties. The product has been produced by Portland-based House Spirits Distillery, despite New York-based Davos Brands purchasing the company in 2016.

Canadian actor Ryan Reynolds became the brand's co-owner and de facto ambassador when he acquired an undisclosed minority stake from Davos in 2018, infusing the gin's image with his wry humor, including chuckle-inducing out-of-office auto-reply emails. Since then, the product has taken off (airplane pun intended), becoming the second-largest brand within the U.S. super-premium gin segment, the announcement claims.

"A little over two years ago, I became an owner of Aviation Gin because I love the taste of Aviation more than any other spirit," Reynolds said in the announcement. "What I didn't expect was the sheer creative joy learning a new industry would bring. Growing the brand with my company, Maximum Effort Marketing has been among the most fulfilling projects I've ever been involved with. I want to thank Diageo for their incredible team and passion. We're so excited for the next chapter of Aviation Gin, which, I promise, will require just as little reading."

Aviation and Reynolds' success is still far from the most eye-popping of the celebrity-backed spirits sale we've seen. In 2017 George Clooney's Casamigos Tequila netted a whopping $1 billion dollars when it was also bought by Diageo in a similarly structured deal. 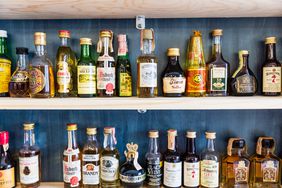 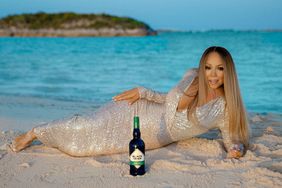