About 98 percent of the hops used for Russian beer are currently imported, according to a report.

Russia's unprovoked invasion of Ukraine has resulted in a significant global economic backlash. Major brands like McDonald's and Coca-Cola have suspended their business in Russia, and Russian exports have taken a hit too as—for example—America began shunning imports of products like Russian vodka.

But domestic Russian products aren't immune from the turmoil, either. Take Russia's brewing industry. Russia may be one of the world's top producers of grains, but another major beer ingredient is expected to be tough to come by in just a few months time: hops.

A massive 98 percent of hops used to make Russian beer are imported from outside of the country, primarily from Germany, the Czech Republic, and the United States, according to Reuters, and so Russian brewers have already asked the agriculture ministry to begin figuring out ways to makeup the inevitable shortfall that will occur if the Ukraine conflict and its resulting trade sanctions continue for an extended period of time.

Citing a letter from the Russian Union of Brewers seen by the Russian newspaper Kommersant, Reuters reports that Russian-owned brewers only have enough hops on hand to make beer for a few months. As a result, they've apparently asked for over $6 million in government subsidies over the next three to five years to boost local production of the bines required to make traditional beer.

Meanwhile, for Russian beer lovers, hops are only part of the problem. In March, major companies like AB InBev, Heineken, and Carlsberg all announced plans to divest at least partially the Russian market.

Carlsberg in particular will likely be a massive blow, reportedly representing 27 percent of Russian beer sales. Nonetheless, the company said they would be exiting the country entirely. "We have taken the difficult and immediate decision to seek a full disposal of our business in Russia, which we believe is the right thing to do in the current environment," the Danish brewer said late last month. "Upon completion we will have no presence in Russia." 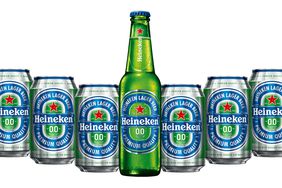 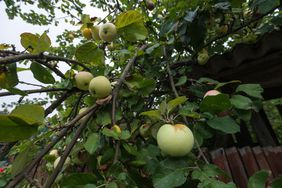 First Batch of Alcohol from Chernobyl Seized by Ukrainian Authorities