Non-compete clauses for chefs, cooks, and fast food employees are set to become a thing of the past.

On July 9, President Biden signed a sweeping executive order full of initiatives to bolster what he called the "competitive economy." Among the 72 initiatives in the order: a directive to ban or limit non-compete clauses in hiring contracts. Non-competes can prohibit workers from leaving for a job with a competitor, or even prevent employees from starting a competing business.

Biden's executive order does not ban the practice outright. Instead, it directs the Federal Trade Commission and other federal agencies to draft their own rules — a process that will likely take months, according to the Washington Post.

"If your employer wants to keep you, he or she should have to make it worth your while to stay. That's the kind of competition that leads to better wages and greater dignity of work," Biden said before signing the order.

One in six food and service workers are bound by non-competes, according to a study cited in recent reporting by The Counter. From baristas who can't work for another coffee shop within a certain radius to fine-dining chefs who can't leave to open a restaurant of their own, employees bound by non-competes can find future job prospects limited. In the worst cases, they find themselves trapped in a job knowing they could be making more money

Disputes over non-compete agreements in restaurants from fine dining to fast food have played out publicly. After Chicago's Grace, a three-star fine dining restaurant, abruptly closed in 2018, its chef and general manager sued the restaurant's owner over a non-compete clause that barred them from opening a new restaurant in the area. (The pair opened Ever in Chicago in June 2020.) Last year, a Washington, D.C. restaurant owner sued his former chef for allegedly violating a non-compete after accepting a position with a competitor. The suit was eventually settled with no money changing hands.

In 2016, sandwich chain Jimmy John's dropped non-competes from its contract after a late 2014 investigation in New York deemed the practice unlawful. Under the agreements, employees leaving the company were barred from accepting a position at any competing restaurant for two years and couldn't work at any restaurant within two miles of a Jimmy John's location that made at least 10 percent of its revenue from sandwiches.

A couple years later, seven fast food restaurant companies ended the use of so-called "no-poach" agreements that prevented workers from moving between franchise locations of the same chain. That is: an employee could not leave an Arby's restaurant for a position at a different Arby's restaurant owned by someone else. These agreements, made between franchisees, did not prevent employees from leaving for a job at a competing chain, but workers rarely knew they existed.

In his remarks during the signing, President Biden referenced a hypothetical non-compete between McDonald's and Burger King, one that would disallow a McDonald's worker from taking a job at a nearby Burger King. "Come on. Is there a trade secret about what's inside that patty?" he asked. It's not the first time Biden has referenced the two fast food giants in a speech geared toward workers. In a 2020 speech to union employees, Biden used the same example. However, it was later called out as false — McDonald's had no such policy, the company said. 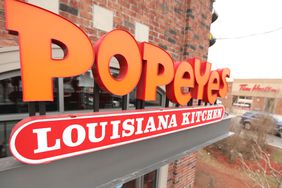