This Restaurant Is Inside a Boeing 737

Airplane food has developed a bad reputation over the years, but one new restaurant is trying to change that—without ever leaving the ground. The city of Wuhan, China is now home to restaurant called Lily Airways, and it's nestled inside the body of a retired Boeing 737 airplane.

According to China Daily, the aircraft was purchased from a bankrupt Indonesian airline, Batavia Air, for 35 million yuan (or $5.36 million) by a local businessman, and was then transported to a popular shopping street in the capital city of the Hubei province last March. Now, the eye catching spot will serve "Western-themed" menu items described as "international airplane food."

Waiters, who wear flight attendant uniforms, are required to have an educational background in aircraft service or hotel management and be the minimum height required by actual Chinese airlines—5'9" for men, and 5'5" for women, according to one local publication.

Guests will enter the space through an air bridge—naturally—and enjoy their in-plane meals for a reasonable 200-300 yuan ($30-45); a flight simulation in the cockpit costs an extra 100 yuan. If you finish your meal and find yourself still hungry for more aviation-oriented fun, you'll want to proceed to the airplane-themed amusement park next door.

The one thing not consistent with an actual airborne meal? Diners are served at booths, rather than folding tray tables. No word yet on whether dinner is topped off with peanuts or pretzels. 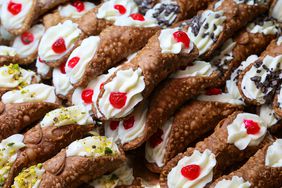 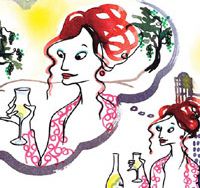