At this point, no one should be surprised by anything that happens on Brand Twitter, but honestly, the 20-tweet back-and-forth between Regal Cinemas and Pepsi was the kind of cringe that most of us don't experience unless we re-read our middle school diary entries. The exchange started at noon on Tuesday, when the Pepsi account tweeted "Hello @RegalMovies," and punctuated its greeting with the wide-eyed emoji.

For two hours, the two brands talked to each other, responding with movie quotes pulled from Anchorman, Austin Powers, Taxi Driver, and Love Actually, among others. After Pepsi pulled out a line from Pretty Woman ("I'm gonna treat you so nice, you're never gonna let me go"), it ended the exchange with a movie poster-style announcement that Pepsi products would be coming to Regal Cinemas this spring.

According to Variety, Pepsi is about to become Regal's exclusive vendor of non-alcoholic beverages, and the first of the Big Three cinema chains to break from Coca-Cola. (AMC and Cinemark will continue to serve a wide variety of comically overpriced Coke products). In addition to Pepsi and Diet Pepsi, Regal also plans to roll out other Pepsi-owned beverages including AMP Game Fuel, Bubly sparkling water, Lifewater, Mountain Dew, and Pure Leaf teas.

"This is something where the stars aligned," John Curry, Regal's senior VP of foodservice, told Variety. "Pepsi and Regal just share a mutual passion and excitement for the moviegoing experience."

Although Pepsi and Regal might have a mutual passion for each other, some moviegoers were less enthusiastic about this new pairing. "Apparently @Regal is switching to @Pepsi over @CocaCola," one person tweeted. "So It looks like I'll be saving a ton on concessions in 2020. Thanks for helping me stick to those New Years Resolutions!" Another added that the brand-swap "felt like a betrayal," while a woman named Katy called it "the worst day of my life."

Regal currently operates 546 theaters in 42 states, Washington D.C., and Guam. (According to AMC, it operates "approximately 1,000" theaters worldwide, while Cinemark has 344 theaters in 41 states, and another 204 scattered throughout 15 countries in Latin America). Variety reports that Regal's owner, Cineworld, already serves Pepsi products in its theaters in the United Kingdom.

Although Regal has called its new relationship with Pepsi "an epic love story," it sounds like the opening scene to a horror film for Coke lovers. Food & Wine has reached out to Regal Cinemas for comment. 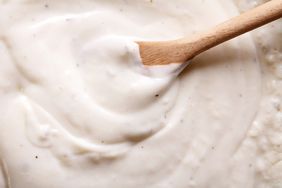