"Freckles" has since been donated to the Virginia Living Museum.

Cooked lobsters are typically bright red—explaining the origins of seafood chain Red Lobster's name. However, before cooking, lobsters tend to have an unremarkable brown-ish hue—that is, except for a handful of extremely rare variations. These one-in-a-million-or-more lobsters instead have colors like blue, yellow, or even "ghost." And occasionally, these curiously-colored crustaceans end up at a Red Lobster. Last year, the chain was delivered a one-in-two-million blue lobster. And far more recently, last week, a Virginia location was sent an even rarer find: a one-in-30-million calico lobster.

Unlike a blue lobster—which can stick out like a sore thumb—a calico lobster's mix of traditional and yellow coloring can be a bit trickier to spot, which may help explain how this extremely rare lobster made it all the way from the ocean to an actual Red Lobster restaurant in Manassas before being noticed—and earning the affectionate nickname "Freckles."

"Calico-colored lobsters like Freckles are so rare, it was almost unbelievable that we received one!" a Red Lobster spokesperson told me via email. "We are so proud of our employees for recognizing that Freckles was so special—and for reaching out so we could make arrangements for rescue."

When last year's blue lobster, named Clawdia, was discovered in Ohio, Red Lobster reached out to its conservation partners and ended up donating her to the Akron Zoo. So this time around, the chain simply reached out to the Akron Zoo for advice, and they helped find Freckles a more local home: the Virginia Living Museum.

"We appreciate the help of our friends at the Akron Zoo, who made the connection to the Virginia Living Museum, where Freckles is now in quarantine before joining the lobster display," the company continued. "We hope Freckles brings lots of joy to guests of the museum and lives a long and wonderful life." 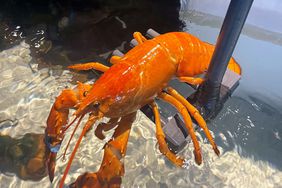 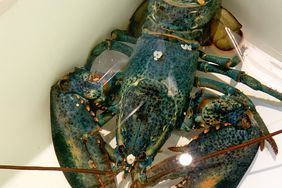 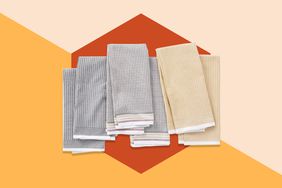 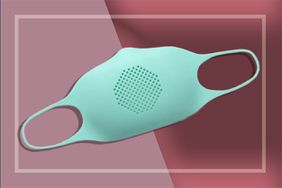