Determined to introduce his infant son to one of life's great pleasures, Pete Wells decides to learn everything he can about his baby's tiny taste buds. Dexter cheerfully cooperates.

When I tell people my wife and I make all the food we give our eight-month-old son, they look at me like I've just said we personally tan the leather for our shoes. In truth, it's not much work. For me, the hardest part of making potato puree for a baby is remembering not to add butter, salt and cream. Of course, I only puree the potatoes because Susan, my wife, would never let me feed Dexter cubes of Yukon Golds browned in duck fat. She barely tolerates it when I eat them.

Making your own baby food is a smart idea from several points of view. Some parents do it because it costs less than store-bought. (A jar of strained carrots from Gerber or Beech-Nut is one of the cheapest items in any supermarket but still runs you as much as four times more than homemade.) Others do it so they don't have to worry about ingredients like starchy fillers or added sugars or unannounced pesticides or chemical fertilizers. Still others do it because they believe food made in their own kitchen will be dripping with vitamins. I make baby food because I want Dexter to enjoy life a little. Obviously he'd enjoy life even more if he could eat potatoes fried in duck fat, but sometimes you have to give in to reason. I'll wait until his first birthday.

In the beginning, whenever Dexter was hungry he huddled off in a corner with his mother. Then, when he was six months, our pediatrician gave the thumbs up for what everyone bizarrely insists on calling "solids." Enter Daddy. One morning I propped Dexter on my knee, tied a bib around his neck, and mixed rice cereal with his mother's milk. The cereal was from an organic maker called Earth's Best. The front of the box depicts a pastoral scene of two babies wearing, naturally, cloth diapers as they frolic in a field of golden wheat. A butterfly hovers above a sign that reads NO GEI. The boy is about to swing a tool that looks a lot like a scythe. Personally, I wouldn't let my baby play in a field where sharp steel blades were left lying around, but we all have our neuroses.

When I held up the orange plastic spoon for Dexter's inspection, he opened his mouth like a newly hatched bird and kept opening it until the cereal was gone. I tried to stay cool about it, but I couldn't help feeling like I was initiating him into a pursuit that could reward him with pleasure all his life. Next stop was one of my own favorites for as long as I can remember: applesauce. The first apples I cooked for Dexter were Cortlands; I left the skins on for color and flavor, then strained them out in a Foley food mill. I tasted the applesauce first, then offered it to my boy. He took a mouthful and squinched up his face as if I'd slipped him a lemon wedge dipped in pickle juice.

How could my own son reject applesauce? I gave it another taste and understood. What to me was a lively play of sweet and tart was, to a six-month-old baby, a big fat dose of sour. A few days later, I made applesauce again, with Golden Delicious, which I think of as a ball of cotton dressed up to look like an apple. The Golden Delicious makes a dull, insipid applesauce which, I am pleased to report, my son loves.

The first rule for any performer is "Know your audience." And after my first applesauce flopped, I realized that I didn't know a thing about Dexter's tiny palate. Did he prefer spinach warm or cold? Did he like starting the day with cereal and fruit, the way I do, or would he be just as happy to greet the morning with a bowl of tepid broccoli? And, seriously, wouldn't his mashed potatoes taste better if I stirred in some butter and cream, or at least some sea salt? Something had to be taking place inside his mouth, aside from an impressive production of drool, and I wanted to know what it was.

Turns out that scientists are just getting started on charting the development of food preferences in babies. They've learned a few things: The senses of smell and taste are already at work in the womb, and so children may be experiencing the flavors of what their mothers eat before birth. Something similar may happen with nursing infants; milk changes from day to day, and there's evidence that breast-fed children are open to a wider range of foods than those who are fed formula (which always tastes the same). Newborns do have a few basic responses to flavor loaded into their hard drives. They squint at sour, stick their tongues out at bitter, love sweet and, it seems, like umami, the taste of MSG. Salt apparently doesn't register until a few months later.

To the chef-parent, the most relevant finding is that many babies who boycott new foods often come around if the food is offered again and again. Scientists call a baby who won't try new foods neophobic; we call that kid a picky eater. But if the scientists are right, parents have the power to prevent their kids from becoming picky eaters—if they start early. My friend Aaron, who is so serious about food that when he wanted to lose a few pounds he shopped around for a Weight Watchers group led by someone who really liked to eat, has two young girls with almost comically wide-ranging appetites. He attributes this to a policy he enforced during his wife's pregnancies: "I made her eat the full range of everything that we like, except sushi." About a year ago I went to a Chinese restaurant with Aaron and his family, and his youngest daughter, Penny, studiously taught herself to suck snails from their shells.

When Dexter gets older, I hope Penny will take him out for dim sum. This is the real reason I enliven his oatmeal with cinnamon and Susan stews prunes and runs them through the food processor: I want him to look forward to each meal and to wonder what new sensation might await. But what if I'm teaching him to turn up his nose at anything that's not homemade? After all, a food snob is just a picky eater with an attitude. If I want Dexter to eat as wide a range of foods as possible, shouldn't I expose him to store-bought baby food? Anyway, by this time Susan and I were starting to wonder how our own mush compared with the stuff made by the professionals, so we bought a dozen or so jars of it and the three of us sat down for a tasting.

The grownups went first, leading with the jarred fruits. Sometimes Susan will peel a sugary, brown banana and smash it with a fork for Dexter. It tastes like a banana. As far as she and I could tell, banana baby food tasted like a banana plus something else—oranges or lemons. Both Gerber and Earth's Best add ascorbic acid to give the kids some vitamin C (and, I imagine, to keep the bananas from turning black), as well as a tangy jolt of citric acid, which gave the jarred bananas a flavor edge over the real thing, we thought. The adults also favored Beech-Nut's prunes with pears, both in concept and execution. Beech-Nut's applesauce, though, struck us as flat and cloying; Earth's Best was more agreeable, but my own dull, insipid sauce beat them both. Then we tackled the vegetables.

The moment we uncapped the first jar of carrots, I wrinkled my nose. It smelled like canned tomato soup. If you've eaten in a school cafeteria where they start boiling the vegetables around sunrise, you'll recognize the taste of these carrots. Even more alarming was the texture. Purees should be velvety, but these vegetables—all of them, the carrots, the squash, the sweet potatoes—were chalky. And if they hadn't been labeled, I'm not sure we could have told them apart.

When Dexter's patience runs short, he growls. As Susan and I dipped our spoons into tiny jars and typed notes on the laptop, his rumblings grew louder until it sounded like we had trapped a tiger cub in the silverware drawer. Dexter is an agreeable baby, but he knew we were stealing his dinner, so we slid him a spoonful of the wretched carrots. His mouth opened, closed, opened again. Another spoonful, and again his mouth opened like it was spring-loaded. It could have gone on all day, but we needed him to try about 15 varieties, so we moved on. With each new jar, we gave him four spoonfuls to see if he would make a face, spit the stuff out or lose interest. He just kept dropping his jaw for more. Our baby had no problem with store-bought baby food. His only worry seemed to be getting his fill before Mommy and Daddy polished it off.

All along, I'd been cooking for Dexter because I want his food to taste good. And fresh food just tastes better than anything that comes from the supermarket. I write this with confidence that no reader of this magazine is going to disagree with me. But what if we're all wrong? What if we're born like Dexter, equally happy with our carrots whether they were were spun in the Cuisinart 10 minutes ago or pumped into jars in a factory sometime last year?

Since we conducted our taste test, I've begun to suspect that almost all food preferences are learned. When the human race first appeared, we didn't save dessert for last, or make beef stew in the winter, or, for that matter, do much of anything with beef aside from tearing it off the bone. These are discoveries we've made after feeding ourselves for thousands of years, and together, millions of similar discoveries make up our civilization. I thought I was giving Dexter foods that simply taste good, but in fact, I was teaching him about his culture, and there's nothing simple about that. Tonight's menu: pears, sweet potatoes and prunes. I'm in no hurry to introduce potatoes fried in duck fat. Learning to eat can take a lifetime. 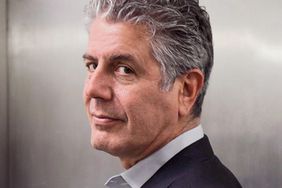 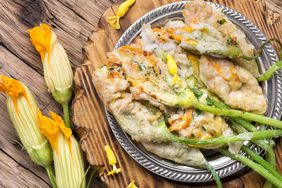 An Ode to the Zucchini Flower, the Elusive Summer Staple 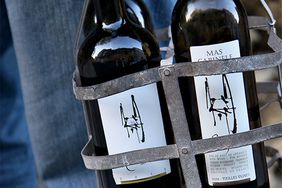 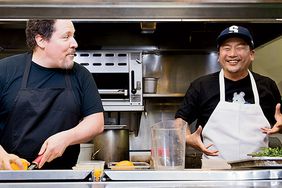 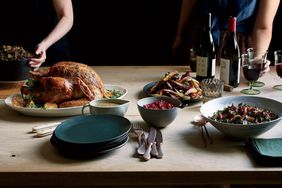