Potato Milk May Be the Most Climate-Friendly Dairy Alternative Yet

Already available in a handful of countries, the product purportedly uses way less water than almonds and oats.

In late 2017, Swedish food researcher and Lund University professor Eva Tornberg revealed that she'd found a way to turn ordinary potatoes into a surprisingly rich and creamy milk-like drink by blending them with rapeseed oil and heating that combination in a hyper-specific way that she didn't describe in detail — for reasons that are about to become super-obvious.

Tornberg tested her omega-3 rich potato "emulsion" in her lab and in a factory, and she hoped that the ultra-sustainable, vegan-friendly, dairy replacement drink would be available in retailers within the next year. "[Vegans] can have a hard time getting the vital fat omega-3, which is mostly found in fatty fish," Tornberg said in a statement released by the University. "For them and others, the product can serve as an alternative to flaxseed and rapeseed oil or health supplements."

It took slightly longer than a year, but Lundberg's potato milk is finally on the market — although, at least for now, it's only available for purchase in parts of Sweden and China, and through Amazon in the United Kingdom. (It's also being sold under the brand name DUG, and isn't just known as a "potato emulsion" anymore.)

There are three different varieties of DUG: Original, Unsweetened, and a Barista version which, according to the company's website, "foams just the way you want it to," making it "the perfect choice for all the pro (and non-pro) baristas." And, in addition to being dairy-free, DUG is also gluten-free, nut-free, soy-free, and contains no added sugar.

But what DUG seems to be most proud of is the sustainability that comes from being made from potatoes — and it's not bashful about comparing itself to some of its competitors. According to DUG, growing potatoes is "twice as efficient" from a land-use perspective as growing oats (and that's a sly comparison to oat milk, including their fellow Swedes at Oatly), growing potatoes require 56 times less water than an equivalent acreage of almonds, and planting potatoes in a field has a significantly smaller "climate impact" than using that same field to raise dairy cattle.

"We have a good product that we are proud of," Thomas Olander, the CEO of DUG's parent company Veg of Lund said, according to VegNews. "Our choice to use potatoes as a base means that we have a super-sustainable drink. Potatoes don't need much to grow at all, making them a super-sustainable crop compared to others like soybeans, almonds or oats. Not to mention dairy products."

On its Facebook page, DUG has highlighted a handful of coffee shops in Oxford, England that have started using the Barista version of its drink. "When will the world have that?" one potato-thirsty commenter recently asked. "We've just launched in Sweden, the UK, and China very recently, with the aim to expand across Europe and further across the globe over the coming months," DUG responded. 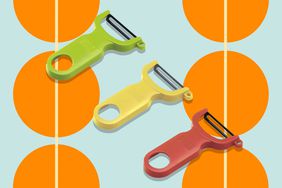 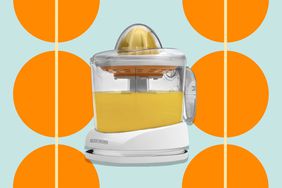 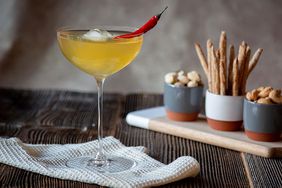