If you feel like you're having déjà vu, it's only because you've been paying attention: Back in 2015, America faced a fast food fried chicken sandwich fascination — driven at the time by two noteworthy launches: Shake Shack's ChickenShack and the opening of David Chang's chicken sandwich-centric Fuku. At the time, both these new sandwiches were judged in comparison to Chick-fil-A, and yet, over the past four years, the argument could be made that Chick-fil-A has actually benefited the most: The famously-closed-on-Sundays chain has risen to third among fast food brands in domestic sales (despite having fewer locations and only being open six days a week) and has continued to top customer satisfaction surveys.

But in 2019, a different competitor has come to claim Chick-fil-A's throne — one without as much of a culinary pedigree, but with plenty of fervent fans and that knows its fried chicken: Popeyes. And so far, Popeyes new sandwich is proving extremely successful.

Since being released nationwide on August 12, Popeyes sandwich has earned glowing press, winning plenty of head-to-head taste tests from publications like The Washington Post, the Pittsburgh Post-Gazette, and Business Insider. Even when not blowing the competition out of the water, Popeyes has still earned positive feedback — like Matt Wake at Alabama.com who proclaimed Popeyes sandwich to offer Jimi Hendrix-style guitar heroics to Chick-fil-A's more Keith Richards-like classic strumming.

All this buzz has led to the world's greatest hype amplifier: scarcity. Reports are coming in that Popeyes has been selling out of the new sandwich at locations nationwide — a phenomenon that's becoming newsworthy in its own right. As The Takeout wrote, both Alex Holley of Philadelphia's Fox 29 and Daralene Jones of Orlando's WFTV tweeted photos of signs at Popeyes proclaiming that no more sandwiches were available.

Meanwhile, Yahoo Finance's Zack Guzman said it took four stops in NYC to find a sandwich for their taste test — after which Popeyes' take was deemed "FAR superior."

Even more far-flung areas like Lansing, Michigan, found themselves sandwichless. "There was a part of me that believed the social media fervor over Popeyes Louisiana Kitchen's new chicken sandwich had not reached Greater Lansing," Phil Friend of the Lansing State Journal lamented, including a photo of these quickly ubiquitous hand-written sellout signs in his article. "I should have known better."

Clearly, these shortages are a somewhat national phenomenon, but just how bad are things? And is Popeyes working to address the issue? When reached for comment, a Popeyes spokesperson provided the following statement: "We are very happy that our guests are really enjoying our new Chicken Sandwich! Many of our restaurants have seen a high demand for the sandwich, with guests excited to give it a try. A few restaurants have temporarily sold out of the sandwich, and we are working to make sure they receive more as soon as possible."

But there's a greater question to ponder here as well: Does Popeyes new chicken sandwich really signal the end of Chick-fil-A's reign atop the chicken sandwich throne? I'd like to return to the analogy from Alabama.com's Matt Wake. "Sometimes simpler is more appealing, beyond the short term," Wake wrote. "Jimi Hendrix was a more mind-blowing guitarist than Keith Richards, but I prefer Richards' style of playing and spin Stones records much more often than Hendrix records." It's an interesting analogy, and one that can be taken even farther: Though both guitarists used copious amounts of illicit substances, Hendrix's body gave up on him while Richards' kept going. Over the years, Chick-fil-A has been a survivor: It'll take more than two weeks of good press before Popeyes can claim they've won any sort of chicken sandwich war. 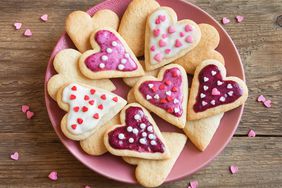 The 15 Most Important Natural Wine Bars in America