Rumors are swirling that the sought-after fried chicken sandwich is coming back in the very near future.

Sadly, we see a lot of pejoratives tossed at the media these days, saying news is fake and journalism is dead. But the fact remains that plenty of intrepid reporters are still out there digging for facts about the most important issues of our time… like when the Popeyes Chicken Sandwich will finally be returning.

Yesterday, in a piece for Thrillist, Kat Thomspon went above and beyond in her efforts to at least put a timeframe on when Popeyes plans to bring back its highly-praised and rapidly-depleted fried chicken sandwich—pointing out that it's been nearly two months since Popeyes officially announced "we're sold out (for now)" of "The Sandwich." (They chose to capitalize the "The," not me.) Oh, and the chain has continued to taunt The Sandwich fans by leaving that August 27 post as its pinned tweet. Thanks, y'all!

Granted, it's far from an exact answer, but these responses do create a window: from as early as tomorrow to, at the latest, sometime in November. Meanwhile, as Foodbeast also covered yesterday, Popeyes has been pushing advertisements that "The Sandwich is coming soon" and asking fans to download the Popeyes app if they "want to be one of the first to know."

Wild speculation here, but it's possible Popeyes might use the app for a bit of a "tiered" rollout—letting some people know before others. And though everyone is waiting for a big announcement, it also seems possible that The Sandwich may return suddenly. Perhaps, then, this long break in sales wasn't intentional, and the huge August demand caused some sort of problem. If that's the case, Popeyes almost certainly doesn't want that to happen again. So the company may be looking for ways to bring back the same fervor while also mitigating such an extreme spike. In other words, advertising a big return date with plenty of lead time may not necessarily be the chain's best bet, so maybe they're opting for something more nuanced?

"We have been working diligently to bring the sandwich back to our restaurants soon as we know our guests are anxiously anticipating its return," a Popeyes spokesperson replied via email to my request for confirmation. "As soon as we're ready to announce a date, we will let you know!" For now, maybe just download the app? Yeah, it seems ridiculous, but at this point, Popeyes still holds all the cards.

UPDATE (10/24/19): A Bloomberg report from yesterday would seem to confirm much of our speculation above. Guillermo Perales—CEO of Sun Holdings, which operates about 150 Popeyes locations—told the business site that The Sandwich will return in early November. Perales also admitted that "they weren't ready" for the initial massive response. This time around, he said they plan to hire 400 more employees and maybe even have two people dedicated to the chicken sandwich at every location. 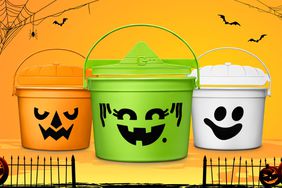 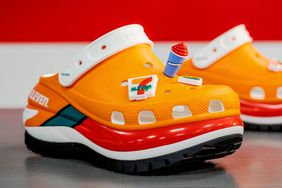 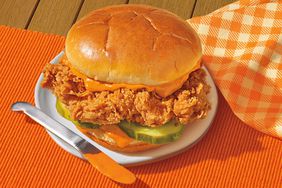