Which State Has America's Cheapest Pizzas?

New research tried to identify the cheapest — and most expensive — places to order pies in the U.S.

Pizza prices can cover a huge range. Walking down a single New York City block, you'll see dollar slice joints butting up against pizzerias charging over four times as much. Of course, these prices aren't arbitrary: things like size, quality, and — especially when looking across the country — style can vary widely. As such, determining a city's or state's "average" pizza price isn't a straightforward (or even entirely plausible) task — but that hasn't stopped financial advice site Expensivity from trying. Earlier this year, we covered their analysis on beer prices, and now they're back with their Pizza Index 2021.

For the index, Expensivity set out to find the average price of a plain (or cheese or margherita, depending on the local parlance) pizza in every state and most major cities — looking at over 16,000 pizzerias in total — to then rank the affordability of pizzas across America. As an added caveat in their methodology, the site also stated that "due to the unstructured nature of the menu data, it wasn't feasible to differentiate pizza prices by the size of the pizza, meaning that average prices reflect the prices of qualifying pizzas of all sizes." Or to put it another way: The results are the average prices of an average-sized pizza.

Their findings: The cheapest plain pie in the U.S. can be found in North Dakota, with an average price of $6.64. And the most expensive pie? It's all the way out in Alaska where the average cheese pizza cost $9.21.

For price by city: Wilmington, North Carolina, had the cheapest pies while Eau Claire, Wisconsin, had the most expensive. Expensivity also looked at the number of pizza shops per capita in both states and cities. The District of Columbia (followed by Rhode Island since D.C. isn't really a "state") had the most pizzerias per person while Hawaii had the fewest. And if you are looking for Pizzatown U.S.A., head to Fort Lauderdale, apparently: They had the most pizza joints per person by a huge margin, while, oddly, Detroit — which has its own very trendy pizza style — had the least number of pizzerias per capita.

All that being said, this is the kind of data that has to be taken with a grain of powdered parmesan. From New York to Chicago to California — and plenty of other crusts along the way — comparing pizzas between states isn't easy. But at least this list of average prices gives us all a pizza debate beyond which style is the best. 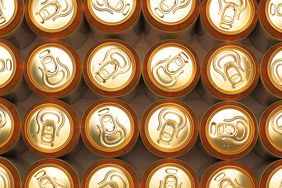 Which State Sells the Cheapest Case of Beer?