The Buttery Nut You're About to See Everywhere

Plant-based yogurt is just the beginning of what the Pili nut has to offer.

From oat to walnut, a new non-dairy nut milk seems to hit grocery store shelves every day—but amidst the deluge, you might find yourself wondering, when will there be such a diverse array of nut yogurt? Well, joining the tiny refrigerated section of coconut, soy and almond yogurts is a new buzzy nut making a bacteria-rich yogurt-immitation: the Pili nut.

Pronounced 'peel-ee' nut, the Pili nut is the nut at the heart of Lavva's self-titled new plant-based yogurt, which it says is the first U.S. product to incorporate what could become the go-to nut of the future. Unlike most nuts, Pili nuts are grown in tropical volcanic soil, which already makes them one of the coolest nuts out there. But once it's emerged from the soil, the Pili nut proudly boasts more Vitamin E than any other nut, and a rich, buttery flavor and texture that is integral to yogurt (and so often lost in non-dairy versions).

The rich tree nut, which Lavva describes as "shaped like a long, slender almond with a taste described best as an earthy macadamia nut," is hardly new. While it grows in Southeast Asia, Papa New Guinea and Northern Australia, the Pili nut is currently only exported commercially from the Philippines, where it's also served raw, roasted, fried, sugared, and as a nutty, flavor- and texture-imparting component of other dishes.

While the Pili nut's limited exports have made it historically difficult to get in the U.S., there are now some easy ways to try it: a bag of Sprouted Pili Nuts is just $17 on Amazon, where you can also pick up a variety pack of four different Pili Nut flavors ($29), or really maximize the nut's signature butteriness with some Pili Nut Butter ($18).

And that's not all the Pili nut can do: It's even part of a line of skincare products from Pili Ani, which also makes it one of the more versatile nuts out there. But if you really want to find out if Pili nuts are worth the hype, you can pick up some Lavva at Whole Foods stores around the country now. 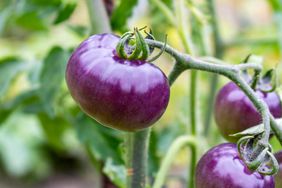