The locally-grown hops were intended to be used in the brewery's annual "Harvest from the Hood" ale.

Once a year, Philadelphia Brewing Company releases its highly regarded "Harvest from the Hood" ale. It's built on a backbone of hops that the PBC team grows in a lot adjacent to their brewery, located in the Kensington neighborhood of the city.

This past Tuesday, workers from the city's Community Life Improvement Program (CLIP) destroyed it all.

Nancy Barton, co-owner of Philadelphia Brewing Company, still can't figure out how this happened. And perhaps even worse, neither can the city.

"The hop lot that we use is actually owned by [the] New Kensington Community Development Corp.," Barton told me. "We have a lease agreement with them that we've had for, I don't know, five, ten years that specifically says we're using that lot to grow hops for this one beer that we do every year. We have to maintain the lot, we're responsible for all that, they have our insurance, the whole bit."

It had never been an issue before, and seemed to be a win-win for everyone involved: The brewery got to grow their own hops for this once-a-year ale, and the neighborhood got a well-tended plot of land. There was even signage explaining exactly what was in the rows of white pots: "Hop Garden: Watch Us Grow," and beneath that wording, the logos of both Philadelphia Brewing Company and NKCDC, the community development corporation. But in mid-August, Barton recalled, the NKCDC "received a violation notice on the lot from the City of Philadelphia saying that they'll give violations if the weeds are too high on a lot that somebody owns."

"So they got the violation," Barton continued, and "I immediately got on the phone with CLIP, which is the department that does all the maintenance of lots, and explained to the woman that I talked to that I got this violation [and] I need to dispute it. These are hops growing; they're not weeds. She said she had a picture, and she said, 'Oh yeah, I can see that… Let me get in touch with the inspector and I'll give him your number and he'll call you.' So I ended up connecting with him… I explained it all to him, [and] he said, 'I understand. I was just out there, I get it. Violation closed — no violation, no fine.' It was an unfounded violation. So that was in August, towards the end of August."

"And then," Barton told me, "on Tuesday morning, the city CLIP [team] came out and mowed down all the hops."

By the time she and her husband, co-owner William Barton, arrived Tuesday morning, the lot had already been destroyed. Some of their earlier-arriving employees, she told me, actually saw the CLIP team finishing up their work on the lot. "I mean, there's a fence around the lot," she went on. "We have a huge sign, we've had signs all along. They get ripped down or whatever. We got a brand new sign, we put it inside the lot, thinking it wouldn't just get ripped off." When I asked her if the sign was up this past Tuesday morning, she confirmed that it was. "So it's pretty clear what was going on. I mean, if they read the sign, and we have these white buckets around where the vines are coming up out of the ground, so when we weed-whack, we don't whack at them. So I don't know who grows weeds on strings and makes them look pretty, but they clearly were not weeds."

Barton says she, once again, immediately got on the phone with CLIP. "The woman that I talked to was super nice," Barton recalled. "She's like, 'What? No, this file's closed. I see it right here… Hold on, let me talk to my supervisor.' So she put me on hold for 15 minutes or so. She came back [and] said: 'We apologize; this shouldn't have happened. My supervisor suggested [you] fill out a claim form.' She emailed it to me. Risk Management is the department in the city that if you have a claim, you need something against the city you have to go through [the Office of] Risk Management. So she did send me the form and I guess we'll probably go over it tomorrow [Friday, September 16] when all the officials are here."

All told, Barton estimates that the losses will hit tens of thousands of dollars. For their part, the city seems to be taking the situation seriously. According to a statement issued by a city spokesperson, "Regrettably, due to miscommunication and staff error, the hops were removed as they were initially marked as a violation as it appeared the lot was overgrown. We are reaching out to Philadelphia Brewing and NKCDC to explain the situation, apologize and explore what we can do to rectify this situation. We're also engaging with staff on the ground to ensure that proper procedures are followed in the future." (We reached out to CLIP for additional comment but have not received a response.)

Fortunately, the hops will come back next year — that's the nature, Barton explained, of rhizomes. But this year's crop is gone, a fact made even more upsetting given the quality and quantity of hops that were nearing harvest. "We were going to have a really good yield this year," she told me. "The hops looked amazing. So it was probably maybe around 60 pounds of hops, which would've been really good. This beer's fun to do because it's different every year, depending on the crop that we get, and the last few years, the crop hasn't been great. So we were really looking forward to it this year." Harvest from the Hood is a wet-hopped beer, meaning that fresh hops are added, as opposed to the processed and pelletized ones that are more commonly used.

"It's sad because we also have two full-time employees that do many things, but one of their jobs was to take care of the hops. The one employee, Chris, in particular—they were his babies. I mean, he read up on what to do, he bought some organic fertilizer, they were his babies," Barton recalled. "[In] the blazing heat, he was out there taking care of them, and it really showed. Our other guy Mike would weed-whack and make sure the lot was clean. It's a lot of work, it was a lot of work that they did, [and] I felt really bad for them because they were really sad that this happened."

Hopefully, the city will do what it can to make it right, and remedy whatever internal issues allowed a mistake like this to occur in the first place. In the meantime, the local community has come together in ways that situations like this often inspire: Since it was reported in the local media, Nancy and her team have been receiving calls from local home-brewers offering to help, offering to drop off hops that they grow themselves.

It's not enough to make Harvest from the Hood this year, but it speaks volumes about the exactly the sort of community-mindedness that Philadelphia Brewing Company was striving for with their Kensington-grown hops. 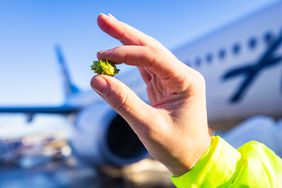 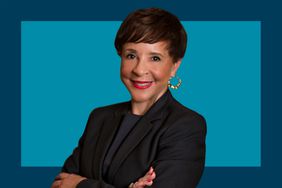 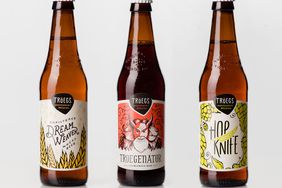 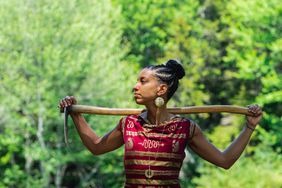