Pepsi enlisted chefs from the Culinary Institute of America to perfect the odd topping.

Pizza toppings can be a contentious subject. But if you're bored of the typical pineapple debate, Pepsi has just unveiled a pie that, regardless of how it tastes, is certainly discussion-worthy: a pizza topped with cola-infused pepperonis.

Launching on May 20, the Pepsi-Roni Pizza is billed as "a complete reimagining of this American staple." And though Pepsi-infused pepperoni may sound like it was dreamt up by someone with late night munchies, the soda giant actually turned to the experts to get the job done: the Culinary Institute of America (CIA).

Working with CIA Consulting (the school's business arm) Pepsi and CIA chefs undertook "painstaking research and innovation to find the optimal way to infuse pepperoni with Pepsi," according to the soda brand. The final recipe replaced pepperoni's usual water content with a reduction of Pepsi Zero Sugar resulting in "a delightfully sweet and citrusy Pepsi kick [that] complements the salty, fatty, umami flavors of smoked pepperoni."

"The concept is quite simple. Pepperoni brings a smokey spiciness and the Pepsi adds a citrusy sweetness," David Kamen, director of client experience for CIA Consulting, stated in the announcement. "It's an intriguing combination we think pizza fans will be excited to try."

Initially, the Pepsi-Roni Pizza will be available, for free, for one day only — tomorrow, Friday, May 20 from 11 a.m. until 3 p.m. — at a single pizza shop: Made in New York Pizza West Village, located in Lower Manhattan at 561 Hudson Street, while supplies last.

However, from there, Pepsi says the innovative pie will receive select rollouts in "a handful of other popular pizza markets around the country including LA, Detroit, Miami & Chicago" with more details slated to arrive next week.

"We have always known that pizza tastes better with Pepsi, so we're thrilled to take this pairing to the next level with our #BetterWithPepsi campaign," aid Todd Kaplan, Pepsi's chief marketing officer, added. "The pepperoni was literally invented to enhance the taste of a pizza; since we know that pizza also tastes better with Pepsi, we can't wait to bring these tastes together to create the Pepsi-Roni Pizza — an unapologetically delicious creation that merges the best pizza topping with the best pizza beverage into one amazing taste experience. You truly have to try it for yourself." 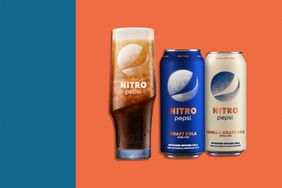 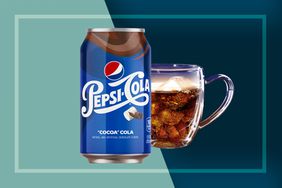 Pepsi Will Release a 'Cocoa' Cola This Winter