The People’s Best New Bars award, presented by Roca Patrón, is Food & Wine’s first-ever poll to rank the most incredible drink destinations in the country. We want to know what you think are the most innovative new bars in the Northeast.

Philadelphia
A rotating list of barrel-aged cocktails and seasonal punches anchor the menu at this cozy, parlor-like venue. 1tpl.com

Washington, DC
In this bright and lively cocktail bar—the newest outpost from the team behind Proof and Estadio—Adam Bernbach serves original concoctions, such as the Darkside (photo), made with gin, Barolo Chinato and star anise. 2birds1stonedc.com

New York City
Elite bartenders Sam Ross and Michael McIlroy are behind the bar at this little Lower East Side cocktail joint in the former Milk & Honey space.

New York City
This high–tech cocktail bar next to Momofuku Ssäm Bar is headed by mad scientist–mixologist Dave Arnold, the creator of modernist drinks such as the verdant Thai Basil Daiquiri (photo) and the Gin and Juice, made with clarified grapefruit juice. momofuku.com/new-york/booker-and-dax

Boston
Named after the woman known for vandalizing bars during the temperance movement of the early 1900s, this cocktail bar features a variety of whiskeys and appropriately named signature cocktails, such as December 5th (the date Prohibition was repealed) and Racket Buster (the nickname of a famous Boston police officer), in its main bar and upstairs speakeasy. carrienationcocktailclub.com

Washington, DC
This reservations-only, speakeasy-style cocktail bar offers three seatings a night. The 15-cocktail menu rotates every month; some past offerings have included the classic Blood and Sand, and the Brooklyn, made with the bartender’s own version of the French liqueur Amer Picon. facebook.com/DramandGrain

Boston
This casual and funky lounge in the Nine Zero Hotel boasts a wide selection of board games, a menu that you scan through a 3D View-Master, and creative cocktails like the Wallflower (photo, at center), a mix of gin, orange vermouth, basil and honey lavender essence. highballboston.com

Philadelphia
Led by an eccentric barman-proprietor known only as Lê, this speakeasy has strict house rules: no cell phones and no photos. Concoctions include the Henry “Box” Brown, made with fresh red grape juice and aged rum. hopsinglaundromat.com

Brooklyn
What used to be an old-time Brooklyn diner known for its greasy food is now a retro cocktail bar serving a concise selection of revamped classic cocktails, such as the vodka–based Blood Orange Spritz, made with vanilla syrup and Prosecco, and the signature Long Island Gimlet (photo) with gin and ginger-lime cordial. thelongislandbar.com

New York City
At its new location, this bi-level bar evokes glamorous, old-school New York with dark wood–paneled walls, marble-tiled floors and a 25–foot mahogany bar. Bar director Leo Robitschek features classic cocktails such as Pimm’s Cup, as well as a selection of reserve cocktails priced between $28 and $198. Splurge items on the menu include the 50-year-old-Cognac–based Vieux Carré and the Jack Rose, made with 1965 vintage Calvados. thenomadhotel.com

Washington, DC
The Partisan’s mixologist Jeff Faile’s cocktails, like Today Your Love (photo), made with Ransom Old Tom gin, fortified wine and the herbaceous liqueur Kina L’Avion D’Or, pair well with food on the menu, such as the impressive charcuterie plates. thepartisandc.com

Portland, ME
In a city that’s only starting to show off its cocktail chops, PHAC features original craft cocktails such as White Noise, made with Cocchi Americano, elderflower liqueur and grapefruit zest, from bartender Andrew Volk (an alum of Clyde Commons in the West Coast Portland). There’s a Scandinavian-themed menu to go with the drinks. huntandalpineclub.com

New York City
This is the newest project from the Alchemy Consulting team, including Joaquín Simó and Troy Sidle. Cocktails are arranged in an innovative matrix and measured by two scales: “refreshing to spirituous” and “comforting to adventurous.” pouringribbons.com

Washington, DC
This dessert and cocktail bar specializes in boozy desserts and original libations such as the Riverstone Slush, made with ice wine, Aperol, fruit nectar and winter fruit. redlightbardc.com

Washington, DC
Bar manager J.P. Fetherston creates a full gamut of whiskey-based drinks sourced from traditional and craft distillers. The soda for the White Whiskey and Smoked Cola cocktail (photo) is both made and smoked in-house. whiskeyhome.com

Cambridge, MA
At this super-casual dive bar decorated with taxidermy and neon signs, guests sip cocktails like Green Walnut (with caramelized rye) and share $29.50 pitchers of Jack & Maine Coke, while playing games available around the bar such as shuffleboard and pinball. statepark.is

Boston
Nestled in the up-and-coming neighborhood of Fort Point, Tavern Road specializes in seasonal, handcrafted cocktails like Fishnets and Fangs (photo), made with mezcal, Peychaud’s bitters and Drambuie, using small-batch and locally sourced spirits. Notable on the menu: a rotating list of cocktail flights. tavernroad.com 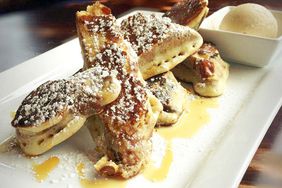 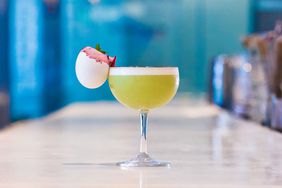