Not long from now, 2020 will be over, but for now, let's escape by reminiscing about the past: 2015. The year started with football deflation being deemed "gate" worthy and ended with a force-awakening optimism that the final Star Wars trilogy wouldn't be a disappointment. But for dessert fans, the biggest news came in the lead up to Thanksgiving: the world got a new sweet potato pie thanks to Patti LaBelle — and there was an overwhelming response.

What began with a viral video quickly led to people paying upwards of $60 for the $3.48 Walmart-exclusive pies. "For 72 hours, we were selling one per second," Walmart representative John Forrest Ales proclaimed of the pies, which sold out at the time. By 2016, Patti LaBelle was landing her own cooking shows and expanding her product empire — which now includes her Southern Buttermilk Pie, Peach Cobbler, Bread Pudding, and Banana Pudding.

What's most incredible, however, is that though five years may feel like a lifetime ago, those Patti LaBelle Sweet Potato Pies are just as popular as ever. Not one-per-second popular, but pretty darn close: one nearly every two seconds! "On average, Walmart sells 36,000 Patti LaBelle Sweet Potato Pies every single day," according to the brand. "That's 1,500 pies every hour and 25 pies per minute, for five straight years!"

And that's dividing the numbers down. If you multiply them out, Walmart has sold over 65 million pies since the product debuted — enough for everyone in America to have a nice-sized slice — even though inflation has now raised the price to a still very reasonable $3.98.

"Patti LaBelle's Sweet Potato Pies have become one of our customers' favorite desserts," a Walmart spokesperson told me. "Her Sweet Potato Pie is $3.98 for a 21-ounce pie — an incredible value compared to specialty bakeries. Patti's recipe is special and Thanksgiving wouldn't be complete without a slice of her famous pie."

Those sales are also despite the fact that LaBelle has gladly given out her sweet potato pie recipe to the public. Still, why go to the effort of trying to make the perfect pie when you can just go buy one at Walmart for under four bucks? I'm starting to see why these pies are so popular. 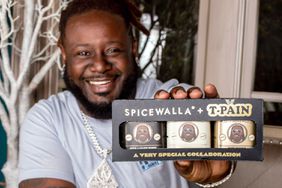 T-Pain’s Line of Wing Spices Sold Out in Just 8 Days, and Now’s Your Second Chance to Get the Set 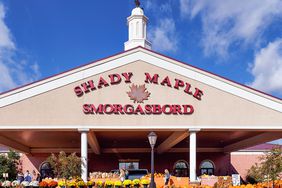