The fundraiser, featuring the original cast and crew of the 1998 movie, aired on Katie Couric's Instagram Monday morning.

On Monday, July 20, the cast and crew of the 1998 film The Parent Trap reunited to help solve a crisis that's become even more severe during the coronavirus pandemic: hunger.

Airing on Katie Couric's Instagram account this morning, the reunion features everyone you would hope to see, including Nancy Meyers, Lindsay Lohan, and Dennis Quaid, and raises money for World Central Kitchen, the José Andrés nonprofit that works to fight food insecurity. In response to COVID-19, WCK has activated in dozens of American cities to distribute fresh, individually packaged meals—over 250,000 a day—to communities in need. Andrés tells Food & Wine in an email that the nonprofit has just delivered its 20 millionth meal, "and we are prepared to keep going."

"We have operations in more than 30 states and have been working with 2,500 restaurants around the country, so we have a huge number of food first responders who are cooking everywhere for communities in need," he said. "We are also distributing hundreds of thousands of pounds of fresh produce to families to be able to cook for themselves. It’s so important to empower people and bring them some dignity and hope in a very difficult time."

For those watching the Parent Trap reunion, $10 donations can be made by texting “PARENT” to 80100, or by going to www.wck.org/parenttrap. On Thursday, the Food & Wine Classic at Home—which you should sign up for here—will also raise money for WCK, in addition to other causes like the Southern Smoke Foundation, the Jacques Pépin Foundation, the NAACP Legal Defense and Educational Fund, and Wholesome Wave. 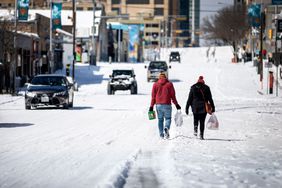 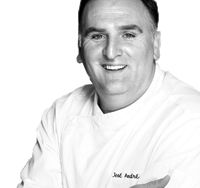