A new report says that online orders have doubled since this time last year.

Americans have been relatively slow to embrace grocery delivery. In fact, this time last year, I wrote an article entitled, "Why Online Grocery Shopping Isn't Booming (Yet)." Needless to say, due to the coronavirus outbreak, the world is a much different place a year later, and stay-at-home orders have suddenly made buying groceries online a lot more appealing. Unfortunately, demand grew so quickly that many areas have been unable to handle it—and suddenly, grocery delivery has become a real pain.

According to Adobe Analytics, daily online grocery sales doubled year over year for the first two weeks of March. And insight services company CivicScience saw similar results: A survey from last week found that 40 percent of respondents are shopping online for groceries more. However, they've also found that interest has already started to decline, perhaps because so many people have reported trouble with their orders. Another poll found about 40 percent of those who attempted to place an order had it "delayed by days," while about a third said they were "unable to ultimately place an order at all." Only about one in four people said they didn't have any issues.

Anecdotal evidence popping up across the country is showing similar problems. In Seattle, the site Seattle Refined looked into ordering from four major grocery chains—QFC, Fred Meyer, Whole Foods, and Safeway—on April 1: Only Whole Food was offering to turn around an order in less than four days, and Safeway had no slots available at all.

In San Francisco, ABC 7 reported on similar complaints about finding delivery slots. Even smaller regions like Naples, Florida, are reporting problems. Meanwhile, Eater New York recently billed getting delivery spots in the city as "nearly impossible," an issue that's been going on for weeks. The New York Post reported on "massive wait times" for grocery delivery back on March 13. Today, I looked into getting delivery from Fresh Direct to my old address in Brooklyn: Nothing was available at all.

It's not just an American problem, either. England is way ahead of the curve in online grocery delivery: Almost every major chain has offered it for years. And yet, looking today at Tesco, absolutely nothing is open to my current address for two weeks, the only period they offer. Typically, I can get an order delivered next day. Even more telling, the grocer's homepage asks users to "Save delivery slots for those who need them" and "Please think before you click." Think of it this way: If grocery delivery is overwhelmed in a country where the service is already embedded in day-to-day life, what chance does it have right now in the United States where interest has only recently started to grow?

That's not to say we may not eventually find a balance. Last month the delivery service Instacart said they planned to hire 300,000 new workers. And much like toilet paper, hopefully the spike in demand eventually won't be so bad. Still, as long as people don't want to leave their homes, grocery delivery will continue to be an intriguing option. As much as I hate to say it, whether delivery becomes more viable across the board may well depend on just how long this situation lasts. 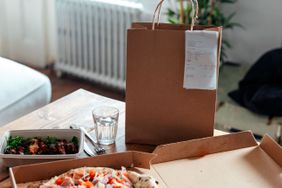 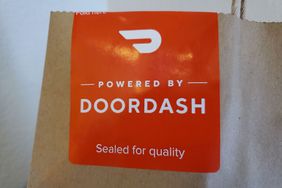