The whiskey auction market has inflated so rapidly over the past few years that the most expensive bottles now regularly sell for over $1 million. At those kinds of prices, actually drinking the liquid inside seems crazy—which brings up an interesting debate: What's more important, the quality of the spirit or the story behind it? A potentially 250-year-old bottle of bourbon set for sale later this year could shed some light on the answer.

From June 22 to 30, the Boston-based Skinner Auctioneers will be auctioning off a bottle of Old Ingledew Whiskey being billed as "the oldest currently known whiskey bottle." The front of the brown bottle features embossed lettering stating that it's from Evans & Ragland in La Grange, Georgia, while the back features a typed note taped to the glass that begins, "This Bourbon was probably made prior to 1865."

Needless to say, "probably made prior to 1865" is a wide, vague range, so Skinner rare spirits expert Joseph Hyman used a needle to extract a small sample of the liquid to be sent off for carbon dating to attempt to confirm their initial estimate: that it from 1850. Previously, the oldest bottled whiskies tended to date from the 1840s to the 1860s, meaning Skinner thought this bottle was very old, but not "the oldest." 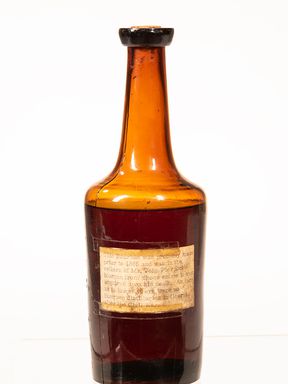 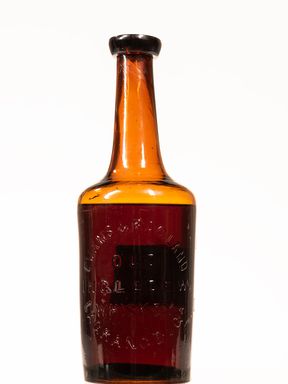 The results—determined with the help of scientists from the University of Georgia and the University of Glasgow—could only offer potential probabilities of different years, but the most likely range (with 81.1 percent probability) was that this bourbon was from 1763 to 1803.

"The age was a shocking surprise, albeit a pleasant one, for both myself and the scientist," Hyman told me. "Initially, we were all (including James Byrnes) assuming the 'distillery' pre-existed the Civil War as no such distillery was in existence after the war. Archival data about the grocer/merchant Evans & Ragland existing after the war and that it was common to store whiskey in demijohns, we concluded the whiskey was bottled after the war, having been in such a demijohn for several decades."

Regardless of the liquid itself, the bottle is said to have quite a storied history. The taped label states that it came from the cellar of financier John Pierpoint Morgan. Skinner Auctioneers continues the story, saying that John's son, Jack Morgan, "gifted this bottle to James Byrnes of South Carolina and two other bottles to Franklin D. Roosevelt—a distant cousin to Morgan—and Harry S. Truman, for Christmas, c. 1942-1944." Byrnes had a remarkable political run, serving as a Congressman, Senator, and Supreme Court Justice before being chosen by Roosevelt as Director of War Mobilization during World War II, then serving as Secretary of State under Truman, and ending his career as Governor of South Carolina from 1951 to 1955. It was apparently during this final period when Byrnes gifted the bottle to his "close friend and drinking buddy, Francis Drake." But funnily enough, Skinner completes the story by stating, "Drake and his descendants, being exclusively Scotch drinkers, safeguarded the bottle for three generations."

Turns out Drake and his family apparently knew what they were talking about. The most expensive bottle of whiskey in the world is a Scotch—a 1926 Macallan that sold for nearly $2 million. Meanwhile, this "oldest" bottle of bourbon has an estimated auction price of just $20,000 to $40,000. 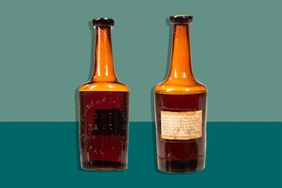 The World's Oldest Known Bottle of Whiskey Sold for $137,000