As the largest and one of the most densely-populated cities in the country, New York has long been ahead of the curve with restaurant delivery. Now, the city is attempting to be at the forefront of regulating the online food delivery industry as well.

After a 10-month-long inquiry that included a "first in the nation" hearing with restaurant delivery leaders—a move that caused city-leader Grubhub to update its policies—the New York City Council is taking its biggest step yet to crack down on these companies: Council Members Mark Gjonaj and Francisco Moya announced a six-bill package that, if passed, would cap the commissions delivery apps can take from restaurants at 10 percent, require these apps to obtain a license to operate in the city, and enforce other "best practices."

The proposed cap—intended to rein in fees that can reach as high as thirty-percent—would "benefit the consumer as well as level the playing field for our small businesses," Gjonaj said during a press conference this morning. He also stated that other features of the bills include requiring delivery companies to "disclose the commission fees to the consumer ensuring transparency" and to "utilize tamper-evident packaging to ensure that their ordered meal is safe."

"This is a package of groundbreaking legislation we believe to be the first in the country that will make it fairer, protect the consumer, and regulate third-party platforms that will finally make third-party delivery platforms engage on fairer terms with our local mom-and-pop restaurants," Gjonaj continued. "This is a great start but the City Council will continue to investigate this matter looking at new innovative legislation solutions. And this is not a heavy handed approach this is being proactive."

The New York Times wrote that the bills—which will likely be part of a public hearing in April—"are not assured passage [but] they will likely have wide Council support." At this point, the bills have reportedly yet to be officially introduced. 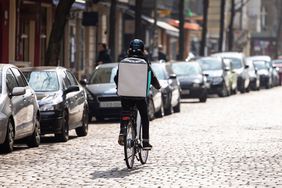 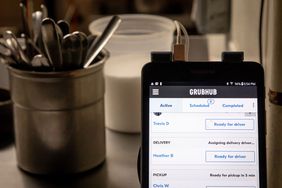