POPL is based on his wildly popular burger pop-up, and will be open for walk-ins and takeout.

In late May, Copenhagen's eternally acclaimed Noma restaurant announced that it would be reopening when Denmark gave the OK for restaurants to start serving customers again—but the experience would be significantly different. The multi-course menus were gone, and so were those impossible-to-snag reservations.

Citing the difficulty of quickly changing its seasonal offerings, and the challenge of socially distancing its 85-person staff, chef and owner René Redzepi decided to simplify everything. Instead of opening the restaurant itself, Redzepi opened its on-site gardens and cut its menu to a pair of cheeseburgers and a wine list. Best of all, no reservations were required.

Fast-forward six months, and Redzepi has decided to turn that pop-up into a permanent restaurant in Copenhagen—partially because his burgers were ridiculously popular. According to the Guardian, Noma served around 2,400 burgers every day and, in just five weeks, they'd already welcomed more guests than the "regular" restaurant had in the past six years combined.

He's calling the new joint POPL, which comes from the Latin "populus," for "community of people." The name is also reminiscent of poplar wood, which is "a nod to our approach and our great respect for nature." The menu has been slightly expanded since the summer, but not by much: POPL will serve a cheeseburger, a hamburger, a vegan burger, and a vegetarian burger. All four cost 145KR ($23) to dine-in, 110KR ($17.50) if you order one to go. The list of sides include roasted potatoes cooked in beef fat, a salad topped with buttermilk and rose dressing, coleslaw, pickles, and fermented mild chiles.

The burgers are made from organic free-range beef from three farms on Denmark's west coast, while the vegetarian and vegan options are fermented quinoa. (The meatless burgers accounted for around 30% of sales during the summer, and it often sold out before its beef counterpart. Redzepi has hired an extra employee to work in his famed fermentation lab, just to ensure that POPL will be able to meet the demand for meat-free meals.)

POPL's burgers will be prepared slightly differently too, thanks to a long-distance phone call that Redzepi made a few weeks ago. He told the website Berlingske that he rang Shake Shake's development manager to ask about the best pans for frying burgers. Now POPL has a kitchen full of chrome-plated pans that will give the patties "a crispy crust."

"I didn’t know it was important to me that everyone could have access to our food," Redzepi said of his summer pop-up. "I loved the fact that I was seeing people that I’d known at school waiting in line, I’d see all my neighbors, family members, distant cousins—everybody came, everyone wants a burger. This was one of the most fun things I’d ever done.”

Here's hoping that the new spot will be just as fun, for everyone involved. POPL is scheduled to open on December 3. 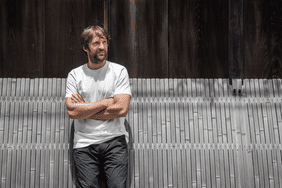 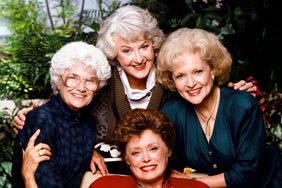 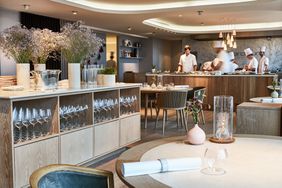 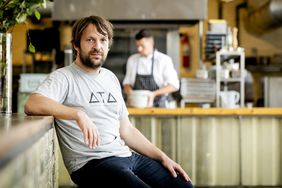 Noma Is Reopening as an Outdoor Burger and Wine Bar