Among much celebrity love, Anthony Bourdain paid the bar a visit in an episode of "Parts Unknown."

In some parts of the world, finding a two-century-old bar isn't that tricky. Heck, where I live in England, we have a pub from the 15th century. But in the United States, which wasn't even a county until the 18th century—and went through over a decade of Prohibition to boot—finding bars from previous centuries can be tricky. So it's especially sad news that Neir's Tavern—at 190-years-old, one of New York's oldest bars—is set to close this Sunday.

First opened in 1829—and known as Neir's Tavern since 1898 when then-owner Louis Neir renamed it after himself—the longstanding bar has been iconic even outside its neighborhood of Woodhaven in Queens (located near the J subway line for those pondering their Queens geography). As Eater points out, Mae West purportedly first performed there, parts of Goodfellas were filmed there, and Anthony Bourdain popped in during Season 9 of Parts Unknown.

But this week, current owner Loy Gordon—who's run the establishment for the past 11 years—explained that keeping the famed joint open was simply unsustainable. "Yesterday I was forced to make one of the hardest decisions I've had to make. Sunday January 12th I will have to step down as owner of Neirs Tavern and I have no one available to replace me," he wrote in a public letter. "I've been unable to obtain an affordable long term lease to reach our goal of the 200th anniversary in 2029. I'm operating month to month with an unaffordable rent and insufficient sales to overcome a year of losing money every month."

Apparently, tavern regulars had been working to promote the bar to increase business, but even with that would have the business would still have struggled to offset rent increases. And speaking of which, the tavern also attempted to earn landmark status, but Eater reports that since Gordon didn't own the building, Neir's Tavern didn't qualify on its own.

And so, like so much of New York City history before it, after this weekend, it appears that Neir's will be no more. "I hope my Neirs Team will be here until Sunday in the event a miracle happens," Gordon wrote. Hey, there was a miracle on 34th Street; why not one at 78th Street in Queens as well? 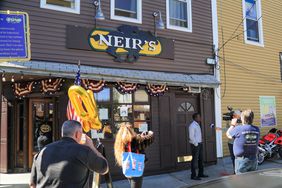 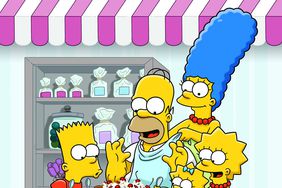