You won't believe these creations are made from cookies.

The COVID-19 pandemic has upended a lot of holiday traditions, but America’s largest gingerbread house competition managed to soldier on. Like many events, this year’s 28th annual National Gingerbread House Competition had to go virtual for 2020—and despite fewer entries than last year’s record-setting number—still managed to receive nearly 100 different gingerbread creations across its four age groups: child (5- to 8-year-olds), youth (9- to 12-year-olds), teen (13- to 17-year-olds), and adult.

In some ways, the virtual event makes enjoying the competition easier than ever before: In the past, all the winners were put on display at The Omni Grove Park Inn in Asheville, North Carolina. But this year, in lieu of a public display, all 12 finalists can be seen in twirling video form on Instagram—providing the kind of multi-angled views that previously could only be achieved in person.

“The holidays are synonymous with The Omni Grove Park Inn’s National Gingerbread House Competition and its public Gingerbread House display, which has brought viewers from around the country to the hotel. This year, we were faced with the difficult decision of cancelling the public display in the name of safety. However, gingerbread and the holiday season is far from cancelled as teams have worked tirelessly to reshape the competition as well as a plethora of virtual and in-person experiences,” Susan Rotante, director of public relations and community outreach at The Omni Grove Park Inn, stated. “By pivoting programming, it is our way of continuing the legacy, and telling the stories behind the houses like never before.”

This year’s grand prize winner was “St. Nick's Christmas Decor Shop” by the Merry Mischief Bakers from Phoenix, Arizona. The entry features an incredibly detailed depiction of Santa’s grotto that somehow still manages to meet the competition’s stipulation that all entries must be at least 75 percent gingerbread. And though the contest was virtual, much of the judging still took place in person, meaning every design was still held to this strict standard, with judges even drilling into at least one finalist for confirmation.

The other adult finalists were less on the nose about their Christmas connection: The second place winner, “This Place Called Home” courtesy of 2017’s champion Ann Bailey, depicted a full small town, while the third place winner, “Sea Questered” from Thomas Blake Hogan, eschewed cold weather entirely, depicting a mermaid. 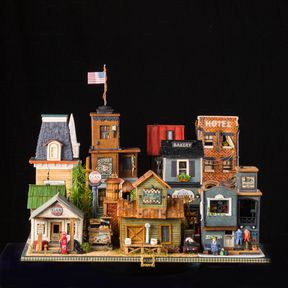 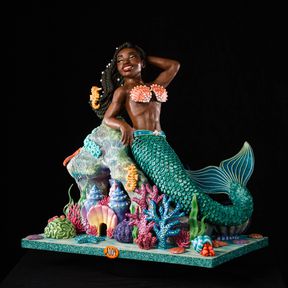 Other top prizes went to The Rhinehart Sisters from Columbia, Tennessee, for “Peace, Love, Joy” in the teen category; The Sugar Squad from Marshall, North Carolina, for “Santa Stop” in the youth group; and The Glitter Girls from Blue Ridge, Georgia, for “A Mermaid Christmas” in the child division. Overall, the contest gave away $25,000 worth of cash and prizes. 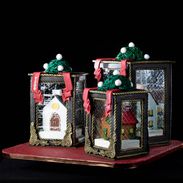 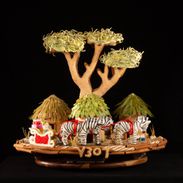 "Santa Stop" by The Sugar Squad. 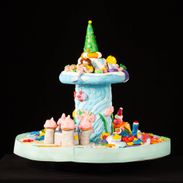 All 12 finalists can currently be seen at The Omni Grove Park’s Instagram page, and the official winners’ page will be live starting tomorrow, December 15, at OmniHotels.com/12Days.

Meanwhile, this year’s festivities do include some in-person activities: Alongside festive decorations and gingerbread packages, those staying at the hotel are also being offered an exclusive chance to see Best in Dough: Gingerbread Finalist Showcase—a documentary film providing “a rare view of the finalists’ entries” via “interviews with competitors, judges, and 360 footage of the finalists’ confectionary creations to create an up-close experience.” Tickets to this film are available to overnight hotel guests until January 3.

Finally, one last option for those not traveling to the hotel: As another virtual treat, the Omni released Baking Spirits Bright—an online gingerbread-making class series starring competition judges and chefs Carla Hall, Geoff Blount, Nicholas Lodge, and John Cook. These classes are pay-to-view, but the proceeds will help make up for charity donations that are typically earned through parking fees. All three episodes can be found at OmniHotels.com/BakingSpiritsBright. 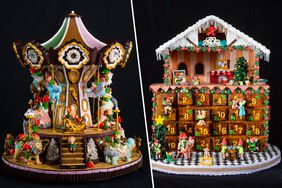 Here Are the Winners of This Year's National Gingerbread House Competition 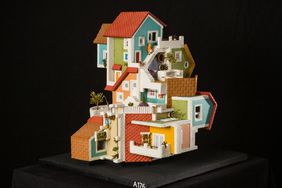