"The Deep Space Food Challenge" is a collaboration between U.S. and Canadian agencies which could make missions Mars possible.

After almost a year of pandemic-related isolation and the related upheavals in our personal and professional lives, it seems like we've all had plenty of time to think about… a little of everything. In between thoughts like "What do I do when I've watched my entire Netflix queue?" and "When will I want to touch the elevator buttons again?" NASA seems to be hoping that someone out there has also considered how to best feed astronauts when they're on lengthy space missions.

NASA, the Canadian Space Agency (CSA) and the Privy Council Office (PCO) have recently collaborated on "The Deep Space Food Challenge," a competition that the agencies hope will provide "novel and game-changing food technologies or systems that require minimal inputs and maximize safe, nutritious, and palatable food outputs for long-duration space missions." (Basically, they're looking for easy-to-prep space food that hasn't been freeze dried, and isn't served in a little foil pouch.)

"NASA has knowledge and capabilities in this area, but we know that technologies and ideas exist outside of the agency," Grace Douglas, NASA's lead scientist for advanced food technology at Johnson Space Center, told UPI. "Raising awareness will help us reach people in a variety of disciplines that may hold the key to developing these new technologies."

Douglas has researched and written about the challenges that astronauts can face, which range from "food boredom" to the inability to have enough hot water to rehydrate shelf-stable meals during lengthy missions. Although resupply vehicles have been able to deliver fresh fruits and vegetables to the International Space Station—items the crew says provide "profound psychological benefits"—that won't be possible if and when NASA sends a crew to Mars.

So that's where the Deep Space Food Challenge comes in. NASA is trying to find a viable food production technology that will work in the tight confines of "the spacecraft environment," which won't contribute to the vehicle's weight limit or produce excessive waste, and also tastes good enough that astronauts may actually enjoy eating it every single day. (On the Challenge website, NASA says that it's specifically looking for a method of food production that can feed a crew of four astronauts during a three-year round trip mission, and it wants the technology to work on Earth too, providing a viable option in habitable-but-food insecure areas, and in "remote and harsh environments.")

Anyone who is interested in putting a team together to develop some Deep Space food needs to register on the Challenge website by May 28, and Phase 1 concepts must be submitted by July 30. NASA is also awarding $25,000 to as many as 20 of its top-scoring teams, and those groups will get an invite to continue developing their ideas in Phase 2.

If you have any thoughts, let NASA know—and do it before you scroll through the Netflix menu again. You know nothing's going to happen after that. 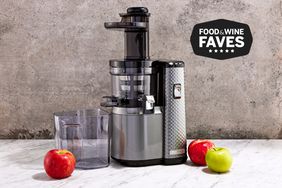 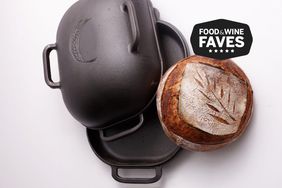 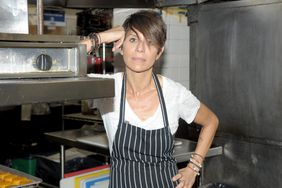 Dominique Crenn Wants to Talk About More Than Food