The market for rare whiskies — and especially Scotch — has exploded in recent years. In 2019, a single 700-milliliter bottle sold for nearly $2 million, and though that record has yet to be toppled, plenty of other records have fallen, including earlier this month, when a cask of Ardbeg was sold for $19 million.

So how can casual Scotch lovers get a taste of these pricy whiskies without winning the lottery? One might think that miniatures — the tiny 50-milliliter bottles used on airplanes and as stocking stuffers — could offer an affordable option. But alas, even these tiny servings often sell for the price of a used car. Just last week, the website Whisky.Auction sold a pair of miniatures for over $8,000 each.

Though neither bottle is an all-time Scotch miniature record — which is believed to be held by a Macallan 62 Year Old Lalique Six Pillars Collection No.5 Miniature that was sold by Whisky Auctioneer for £12,500 (currently $15,085) back in 2021 — both sales are impressive in their own right.

Billed by Whisky.Auction as "a firm collector's favorite," the Springbank is said to have topped its own record for a miniature set in August of last year, when a bottle from the distillery sold for £6,440 ($7,779)

Meanwhile, Malt Mill is described as "the world's rarest single malt": The shuttered Islay distillery operated from 1908 to 1962 and only produced whisky for blends, meaning even a 50-milliliter taste of single malt from the distiller is considered a major historical find that, as the auction house stated, requires "almost impossible levels of research into its ownership, origins and provenance" to assure its authenticity. In 2018, this same Scotch sold for £3,400 (currently $4,103) — meaning it's nearly doubled in value in just four years.

"The prices achieved on these two very rare miniatures is exciting but perhaps not unexpected given the rarity of these whiskies," Isabel Graham-Yooll, director of Whisky.Auction, stated. "Much of the liquid we see coming to auction in miniatures is simply unavailable in full bottles, having been consumed many years before. Miniatures often outlive their full-size counterparts in 'souvenir' style. And sometimes, the liquid is so scarce that only miniatures ever existed." 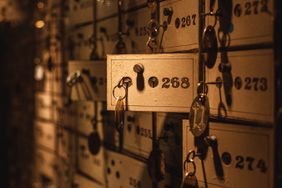 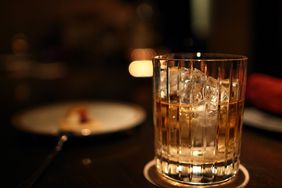 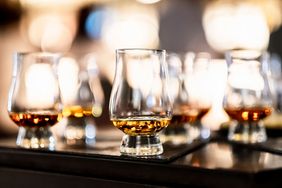 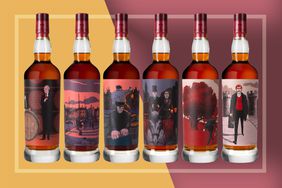