Thanks to the bakers' creativity and a free cookie promo, the thief has since been identified.

Canfora Bakery has a longstanding reputation in Milwaukee, Wisconsin for being a go-to spot for freshly baked breads and sub sandwiches, for hot ham and rolls, and for its selection of Italian cookies and other sweets. But now it's getting a lot of attention for a limited-edition menu item that the bakery owners probably wish they never had to make in the first place.

According to the Milwaukee Journal Sentinel, a man wearing a dark hoodie and a knit beanie pried the door locks open and helped himself to the cash drawer before making his escape. When Canfora's owners, Eric and Karen Krieg, got over the shock of being burgled, they came up with a clever way to try to ID the subject.

They scrolled through the footage from their security cameras, found the clearest image of the alleged burglar's face, and then printed it out on edible paper. They then put his grayscale picture on almost 100 sugar cookies, frosted them with buttercream, and then invited locals to drop by to pick up one of these delicious DIY wanted posters.

"Come Take a Bite Out Of Crime at Canfora Bakery," the Kriegs wrote on Facebook. "We invite the Bay View community to come on in and take a bite out of the thief while supplies last - one per family."

The Kriegs bought the bakery from Carl and Rosa Canfora in 2017, when the couple decided to retire after more than 30 years in business. The Shepherd Express reports that the Canforas allowed their successors to keep the bakery's original name for five years; it is transitioning to its new name, Lakeside Bakery, which is an homage to another local bakery that used to be open in the same location. "They built a wonderful reputation, and I can't compliment them enough," Eric Krieg said of his predecessors. "If you've got something that works, don't change it."

The only thing the Kriegs may change is the door lock that the burglar seems to have jimmied open. In a follow-up comment on their Facebook post, Canfora Bakery wrote that the suspect had been identified. In an email sent to the Journal Sentinel, the Milwaukee Police Department has asked anyone who recognizes the suspect seen on the photo cookies to call them at 414-935-7360, to phone Crime Stoppers at 414-224-TIPS, or to use the P3 Tips App to submit whatever info they might have.

Food & Wine has reached out to Canfora Bakery for comment, and will update this article if we hear back. 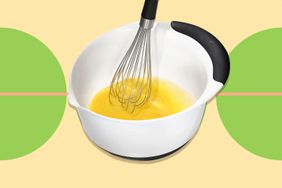 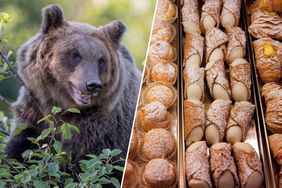 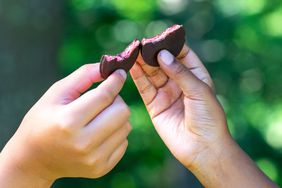 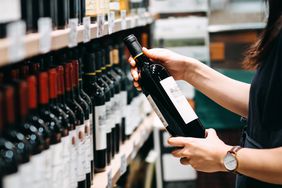