The short hip-hop beat was created by producer/rapper Tisakorean.

Many of the biggest hit songs are love songs, and the key to composing one of these tunes can be as simple as finding your muse. That wasn't a problem for McDonalds: The fast food chain just turned to their soda fountain.

Yes, McDonald's has announced they have teamed up with producer/rapper Tisakorean to create an ode to how good Sprite tastes when served from a McDonald's soda fountain. As bizarre as that may sound, the concept is actually a continuation of a synesthesia-encouraging promotion launched this past June where the chain asked customers to tell them how the taste of Sprite from McDonald's sounds.

McDonald's says one of the top responses they received is that the lemon-lime beverage tastes like static, and so the song, which was released today on TikTok and Instagram, is called "Static" by Tisakorean feat. Sprite from McDonald's.

"My go-to drink at McDonald's has always been Sprite — it gives you that electrifying taste that reminds you of static, which is why I was so excited when they came to me to create this track," TisaKorean stated. "I wanted the 'Static' beat to give people that same feeling and use actual static sounds all throughout the track. Lately, I've been inspired by the 2000s, so I used 909 kickdrums to hype up that electric, snappy type of feel."

McDonald's also released a short "Making of the Beat" video showing off Tisakorean in the studio.

Billed by MickeyD's as an "an end-of-summer anthem," the song is described as "an original interpretation of the fizzy, lemon-lime goodness" featuring "a sampling of the sound of static over a hip-hop flow," followed by the the hook "Can I take a sip?!" However, shockingly, despite being credited as "feat. Sprite from McDonald's," a McDonald's spokesperson admitted that the actual sound of a Sprite beverage is not sampled or heard anywhere in the song. (Anyone else getting Milli Vanilli vibes?!)

Regardless, Sprite lovers are also being encouraged by McDonald's to "share their own spin" on the song with the hashtag #McDonaldsStaticSprite on TikTok or Instagram. "We might even comment or repost our favs to our TikTok channel," McDonald's states. Finally, a chance to piggyback off of Sprite's music industry success! 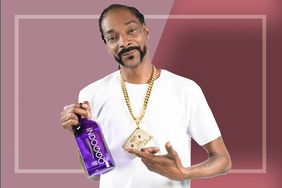 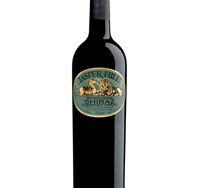 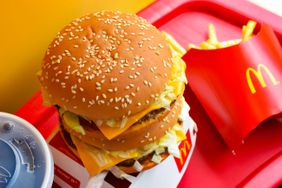