McDonald's says the test "will help us understand how offering a burger with a plant-based patty impacts the kitchens in our restaurants."

Nearly one year after McDonald's announced plans for its long-awaiting plant-based burger, the McPlant, the product is finally set for a public launch on U.S. shores… but only at a mere eight locations across the country. And not for another three weeks.

The burger giant announced today that, starting November 3, eight locations would offer a limited-time test run of the burger which was made in collaboration with Beyond Meat but is exclusive to McDonald's. Expect to see the McPlant in Irving and Carrollton, Texas; Cedar Falls, Iowa; Jennings and Lake Charles, Louisiana; and El Segundo and Manhattan Beach, California, all with the "while supplies last" caveat, of course.

"We're always testing new items and flavors, and this particular test will help us understand how offering a burger with a plant-based patty impacts the kitchens in our restaurants," the chain explained in the announcement.

The McPlant is served on a sesame seed bun with tomato, lettuce, pickles, onions, mayonnaise, ketchup, mustard, and a slice of American cheese. "It has the iconic taste of a McDonald's burger, because it is one," the chain adds. They also point out that customers will have to ask to hold the cheese and mayonnaise to keep the entire burger vegan, though the patty is also cooked on the same grill as meat and eggs.

Despite only being a small test, it marks a big jump forward in what has been a long and winding road for a plant-based McDonald's burger. The chain hasn't been afraid to trial plant-based options outside the U.S. The brand launched its first-ever vegan burger in Sweden in 2017. A vegetarian burger got a little closer to home in 2019 when Canada got the P.L.T. — a different plant-based burger that was also created with Beyond Meat. But that product was quietly pulled from Canadian menus last year.

The McPlant, however, appears to be a different plant-based beast entirely and has already been tested overseas, launching in the U.K. and Ireland last month. McDonald's says the burger has also been introduced in Sweden, Denmark, the Netherlands, and Austria this year. According to the company, the patty is identical around the world; however, in the U.K. and Ireland, the McPlant has been sold as an entirely vegan burger with vegan cheese and a vegan sauce.

And what about the rest of us who don't live in far-flung places like Austria or Manhattan Beach, California? "Since we know you'll ask, you'll have to stay tuned for future McPlant availability updates coming out of our test," McDonald's states, "we can't share that secret sauce just yet." 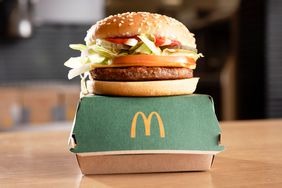 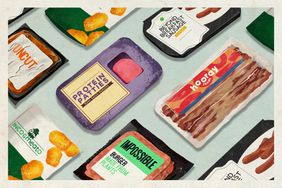 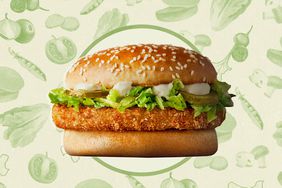