Okay, but why does the spoon look like a straw? McDonald's answered that, too.

Just because something looks like a duck doesn't mean it's a duck. As the old saying goes, it also has to swim like a duck and quack like a duck. So, yes, that thing McDonald's shoves into a McFlurry may look like a straw (albeit an unusual one with a square top), but as many customers have found out the hard way, it doesn't suck like a straw—which is usually around the time they realize it's actually a spoon.

Confusion surrounding the McFlurry spoon's bizarre shape is almost as old as the spoon itself: According to Google Trends, searches for "Why does the McFlurry spoon look like a straw?" have peaked on several occasions: 2013, 2015, 2016, 2018, and 2020. Apparently, it's a lesson society-at-large has never entirely learned. So now, McDonald's itself is intervening—and offering a free McFlurry to help lock the answer into everyone's memory.

To promote the May 3 launch their Caramel Brownie McFlurry, on May 4, McDonald's says they will be giving one of these new McFlurrys away for free to "everyone who has ever even thought the spoon was a straw... so yeah, everyone." To redeem your free regular size Caramel Brownie McFlurry "simply scan the offer code in McDonald's App" and then grab the frozen treat at your local, participating McDonalds, no purchase necessary. As a side deal, customers can also get one for free from May 3 to 9 with a minimum $15 purchase on McDelivery with Uber Eats.

That may all sound great, but it still doesn't answer the big question: Why does the McFlurry spoon look like a straw? For that, McDonald's has released a 41-second YouTube video with visual evidence of the answer. "The hollow opening on top of the McFlurry spoon serves a very important purpose!" McDonald's told me via email. "After adding our creamy, cool soft-serve and delicious toppings to your McFlurry cup, our crew members attach the spoon to a machine that mixes the creamy vanilla soft serve and yummy ingredients together, ensuring there is a perfect amount of your favorite topping in each bite." To put it another way, before your spoon is a spoon, it's a blending device.

It's actually pretty ingenious: If not for the disposable spoon attachment, the mixing device would have to be cleaned after every use; but thanks to the detachable spoon, the "mess" stays with the spoon (which customers would need anyway) and leaves the store as part of your McFlurry that will inevitably be licked clean. "The McFlurry spoon was invented by an employee at one of McDonald's suppliers, Flurry International, in 1995," McDonald's explains. "Since then, the McFlurry spoon design has been an iconic part of the dessert's experience!"

Of course, that begs the question, if the spoon already looks like a straw, and is hollow like a straw, why not make the "spoon" open at both ends so it can double as a straw? I asked McDonald's if this is something they've considered: "We think our creamy McFlurry is best enjoyed with a spoon. Some of the McFlurry toppings are too large and might pose a safety risk with a straw." 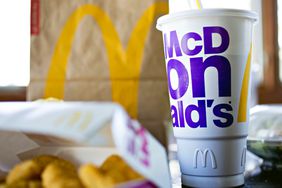 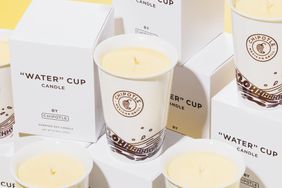 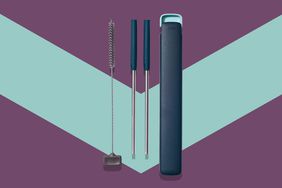 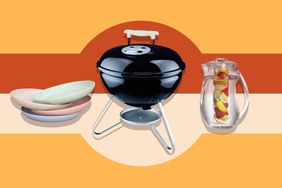 Amazon's Most-Loved Outdoor Dining Essentials Start at $4, and All Have Thousands of Perfect Ratings 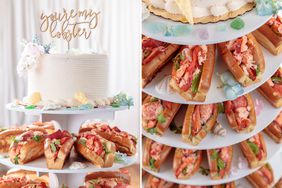