A funny photoshopped image of 'MayOreo' hit a little too close to home.

It's easier to believe a ridiculous rumor when the person behind that rumor is known for doing ridiculous things. For instance, if I told you that Elon Musk had tweeted that Telsa Tequila would be sold exclusively with Dogecoin, you'd probably be like, "Uh, sure, maybe?" (For the record, he hasn't.)

In that regard, Heinz has kind of done this to themselves. When the condiment brand released Heinz Mayochup — a combination of mayonnaise and ketchup — back in 2018, the product was a fun novelty. But a lot has happened in the three years since — namely Mayocue, Mayomust, Kranch, Tarchup, Wasabioli, Hanch, Ketchili, Buffaranch, and I can only imagine maybe others that slipped through our editorial cracks.

And that's my point: When these oddball products get released so fast and furiously, it's hard to keep up with what's real and what's not. But take a big sigh of relief: Despite what an image circulating on the internet may have you believe, Heinz MayOreo is not a real product.

Last week, an Instagram account with the telling name Doctor Photograph posted the purported combination of mayonnaise and Oreo cookies as a joke. And as you'd hope from an account dedicated to altering photographs, the Doctor did a convincingly good job — making the product look extremely real and placing it in a realistic setting in someone's hand in a supermarket.

But as the image began making the rounds on social media, not everyone was privy to its original source — and suddenly, it became trickier to tell who was in on the joke and who had been legitimately duped. On one Facebook post where the image received thousands of reactions, someone wrote, "I refuse to believe this wasn't photoshopped." But do you?

Thankfully, fact checkers stepped in to set the record straight — like Snopes and USA Today. "This is a photoshopped image. We do not produce Mayoreo," Jenna Thornton, director of communications for U.S. brands at Kraft Heinz told the newspaper. (Though with all the buzz it got, you have to wonder if someone in the marketing department doesn't already have their brain churning.)

Meanwhile, Doctor Photograph told the USA Today, "Don't feel too bad if you fell for it, I promise you're not alone." To be honest, if I feel bad for anyone, it's the condiment industry for letting it come to this! 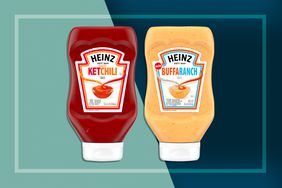 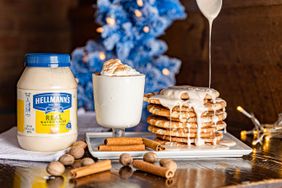 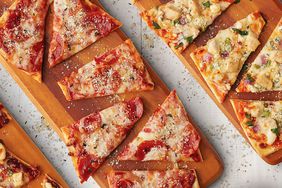