A Philadelphia Grubhub user's experience is a reminder that delivery app restaurants aren't always what they seem.

In the weeks (or years—it definitely feels like years) since restaurants across the United States have been limited to offering takeaway or delivery meals only, a lot of us have relied on apps like DoorDash, Grubhub, and UberEats to ensure that we're not just downing bowls of dry cereal for, like, six straight days.

But delivery apps are far from being perfect; there have been repeated concerns about the way they compensate their drivers, about the commission charges that restaurants are required to pay, and just about the ethics of having another person deliver our meals while we safely isolate in our own homes, surrounded by a half-dozen empty boxes of Cinnamon Toast Crunch.

And a Redditor in Philadelphia has just found another potential problem with Grubhub, after she ordered a pizza from what she thought was a local restaurant but turned out to be an undercover version of Chuck E. Cheese. (Yeah, that Chuck E. Cheese, the chain restaurant where your nephew's birthday party was temporarily interrupted because another kid threw up on the skeeball machine.)

A user named u/KendallNeff placed a Grubhub order from a place called Pasqually's Pizza & Wings, believing that she was doing her part to support a local business. But when she received her food, she was slightly suspicious about where it really came from. "Just curious," she texted her Grubhub driver. "Was this food from Chuck E. Cheese?"

The driver, Richard, responded that when he picked the order up, the Chuck E. Cheese had the logo for the "wing restaurant" on the windows. KendallNeff's husband did a bit of investigoogling and learned that not only was Pasqually P. Pieplate the name of the fictional chef in the Chuck E. Cheese universe, the Pasqually's "restaurant" had the same street address as Chuck E. Cheese. (And, making things worse—and more confusing—there's a real West Philly pizza place called Pasqually's, one that has no affiliation with a giant cartoon rat.)

Philadelphia isn't the only place where Chuck E. Cheese is offering to-go pizza from "Pasqually's." There are dozens of Grubhub listings for Pasqually's, from Denton, Texas to Oceanside, California, to Skokie, Illinois, and all of them share an address with Chuck E. Cheese. According to another Reddit commenter, this isn't totally unheard of in the Grubhub world. "I work for Grubhub, it's what we call a virtual kitchen, usually used for places that want to try to have a different concept to create more income but its delivery only," u/jaysonmgaydos wrote.

Still, it's a good reminder that if you're unfamiliar with a newly Grubhub-able restaurant's name, maybe it's best to call them directly or at least do some Googling. And if you're really nostalgic for the taste of pizza that you ate while watching an elementary schooler unwrap his birthday presents, at least you know where to get it.

Update April 24, 2020: This article has been amended to include a response from CEC Entertainment, Inc. 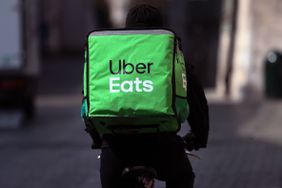 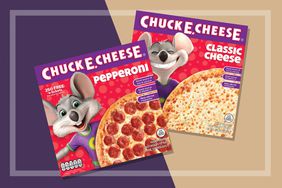 Frozen Chuck E. Cheese Pizzas Are Now in Grocery Stores — and They Come with Prize Tickets