The third location of L.A.'s Night + Market opens on Friday.

The new Night + Market Sahm, which will seat seventy people, features a fish tank and neon orange and pink walls, giving the restaurant a cheerful, almost tropical vibe. The project has been in the works for at least two years; Yenbamroong previewed the new spot in a 2016 interview, in which he called Night + Market Song, in Silver Lake, "more like a watering hole," while hinting that Night + Market Sahm would be "a lot more decadent, in that '80s/'90s way." He also mentioned that the new menu will recreate some dishes that his grandmother helped innovate at his family's old restaurant, Talésai. Oh, and Peking duck pizza is on the menu, and it looks incredible.

Yenbamroong got his start in the restaurant business by trying—unsuccessfully—to revamp Talésai, where his grandmother was the chef. Yenbamroong decided to strike out on his own after it closed, opening his own restaurant, a venture that proved more fruitful. In 2016, he was named Food & Wine's Best New Chef. At the time, the magazine called Yenbamroong's reimagined Thai food some of the "coolest, most vibrant cuisines" in Los Angeles. In a recent interview with Food & Wine, the chef dismissed "over-the-top and crazy" food trend, and instead says that he wants to focus his attention on becoming a good neighborhood spot.

"I announced we're going to do this cocaine Thai concept," Yenbamroong tells The LA Times in a new interview. "Which is my way of saying, 'Let's put some sort of romance, fun, sexiness back into so-called ethnic cooking.' It seems like the past five years or so people have become really in tune with Thai food and knowledgeable and it somehow got boring. You look at photos of like the original Spago or Mr. Chow and it was always so much fun. Then you look at stuff now, and it feels like a seminar in a school or something. Cocaine Thai is my way of describing the last time Asian food felt really splashy."

In October of last year, Yenbamroong released the Night + Market cookbook, a guide to cooking Thai food at home, especially for dinner parties among friends. One of his signature recipes is Bangkok Mall Pasta, so named because it reminds him of the "spaghetti available in the '90s-era Italian restaurants in Bangkok's shopping plazas." If you want to try it, you'll have to visit California; still no word on if Yenbamroong will be expanding eastward. 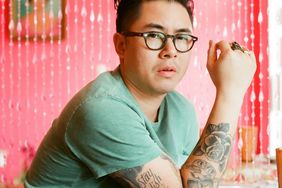 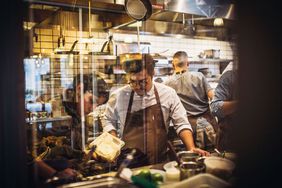 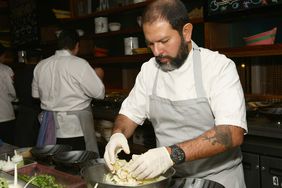