This Is the 2018 Kentucky Derby Menu

Forget floppy hats and betting on horses. The real reason people love the Kentucky Derby is because of the food. And the drinks. But it isn't all fried chicken and mint juleps.

For the 144th year of the race at Churchill Downs, which will take place on Saturday, May 5, executive chef David Danielson crafted a menu filled with local ingredients. He told Food & Wine that he believes the decision to combine traditional Kentucky bourbon with fresh produce and meat will "raise the bar on classic Southern dishes in an unexpected way."

While offerings like cornbread with bourbon honey butter might skew more traditional, the carved roasted turkey breast with bourbon peach glaze speaks to Danielson's desire to cook up something new.

Though Danielson has only been designing the Kentucky Derby menu since 2013, he said that food has always been a big part of the event. "Attendees come from all over the world just to experience this all-day party ... our signature Mint Julep is as much of a draw as the race itself," Danielson said. "Even for those who aren't able to make it to the big race, the right Southern party bites can bring a taste of authenticity into any home, bringing a Derby party to life."

Here's the menu that will be served to the 22,000 guests in the premium dining areas at this year's Kentucky Derby. 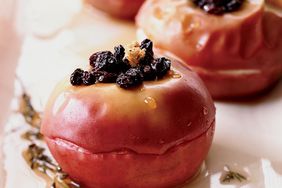