The chef and humanitarian whips up six-minute fried rice.

José Andrés is one of several chefs sharing cooking videos online to help give people recipe inspiration during the coronavirus pandemic. He's walked viewers through a quick snack with seaweed, sushi rice, sumac, and anchovies, and also prepared his mother's lentil stew recipe while jamming out to a song from Hamilton. While his latest video also features Hamilton, the stakes are a little higher—it's a timed cooking challenge.

On March 28, Andrés posted a video where he makes a dish "inspired by Chinese fried rice," with his three daughters for company. They turn on "My Shot," the third song from act one of the musical, which gives him just over five minutes and 30 seconds to prepare the rice.

Andrés gets to work immediately, heating some oil in a pan on the stove and adding ginger, along with plenty of vegetables—red onions, Chinese cabbage, carrots, green beans, leeks, and celery, with some scallions for flavor, too. As he adds ingredients and stirs, his daughters sing along to the song while he dances.

Next, Andrés adds in the cauliflower, following up with some leftover meat. After letting the vegetables get really fragrant, it's time to add cooked eggs, and finally the rice, stirring the whole time. There's barely any time left on the clock, but he manages to just sneak in some soy sauce with a few seconds to spare.

Earlier this month, ThinkFoodGroup, Andrés' restaurant group, announced that all of its restaurants in the Washington, D.C. area and New York City would temporarily close to help encourage social distancing. While some closed their doors entirely, most of them were subsequently repurposed as community kitchens, where people can find "affordable plates of the day" available for takeout. For example, Jaleo tweeted its community kitchen menus for the day on March 30—at the D.C. location, customers can expect cream of fennel soup ($6), grilled chicken with green beans, roasted fingerling potatoes, and brava sauce ($12), and chorizo and potato stew with white beans and rice (also $12).

"We are in a serious global emergency and people need to take every precaution, including staying home as much as possible," Andrés said in a statement about the news. "However, we also want to help provide food for those who want it in a safe manner, so we feel these community kitchens can help during this challenging time. And those who cannot afford to pay we will welcome as well." 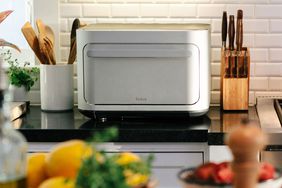 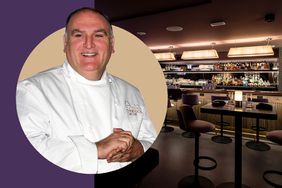