Drinks giant Diageo says it's almost ready to debut a breakthrough in bottling.

Choosing environmentally-friendly packaging for beverages isn't easy. Glass is recyclable and made from natural materials, but it's also breakable and heavy, making it less sustainable to ship. Plastic, of course, is lighter and durable, but fails in so many other environmental metrics. Aluminum has also seen increasing popularity. But some speculate the Holy Grail would be a paper bottle—except as anyone who has left cardboard in the rain will tell you, paper and liquids don't always mix. However, that is beginning to change.

Earlier this month, a British company unveiled a new paper wine bottle—though the design contained a removable plastic liner, essentially a bottle-shaped bag-in-box wine. But now, Johnnie Walker is looking to take things to the next level: The brand's parent company Diageo announced plans to release the famed Scotch whisky in what's billed as "the world's first ever 100 percent plastic free paper-based spirits bottle, made entirely from sustainably sourced wood."

Admittedly, the future isn't here yet: The new Johnnie Walker bottle isn't slated to debut until early 2021. Still, Diageo is clearly confident enough in its project—called Pulpex Limited—to lay out a timeline. The new company was formed in a partnership with the venture management group Pilot Lite, and from there, Diageo explains that Pulpex has already "established a partner consortium of world leading [consumer goods] companies in non-competing categories including Unilever, and PepsiCo, with further partners expected to be announced later in the year," all of which plan "to launch their own branded paper bottles, based on Pulpex Limited's design and technology, in 2021."

The forthcoming Pulpex Limited bottle—which can be produced in a variety of shapes to fit different liquid products—is billed as a "scalable paper-based bottle" that contains no plastic and "is made from sustainably sourced pulp to meet food-safe standards and will be fully recyclable in standard waste streams."

"We're proud to have created this world first," Ewan Andrew, chief sustainability officer for Diageo PLC, said in the announcement. "We are constantly striving to push the boundaries within sustainable packaging and this bottle has the potential to be truly ground-breaking. It feels fitting that we should launch it with Johnnie Walker, a brand that has often led the way in innovation throughout its 200 years existence."

With these sorts of innovations, the big question is always what keeps the liquids from degrading the paper over time? Unsurprisingly, Diageo was a bit coy when pressed for the specifics of their potentially breakthrough findings. However, they did say that the scientifically-advanced methods used to create the bottle involved curing the containers in microwave ovens before spraying them with a specialized coating intended to be compatible with whatever product the paper bottle is holding. Sure, it's vague, but we have iPhones and space stations and whatnot, so solving the paper bottle conundrum was probably only a matter of time.

Speaking of which, it's not like paper bottles came out of nowhere. For instance, the beer brand Carlsberg has been working on its plan for "the world's first 'paper bottle'" for five years now, even showing off two prototypes of their Green Fibre Bottle last October. At this point, though, it appears that Diageo—which also owns the beer brand Guinness—could be set to beat them to the punch.

But back to whisky, what isn't entirely clear is what percentage of Johnnie Walker's products will move into paper bottles or what markets the new paper bottle will be sold in. A Diageo spokesperson said details were unavailable to share at the moment but that more information would be revealed later this year. 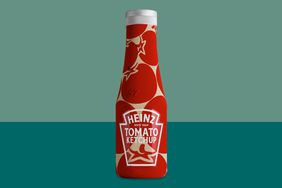