More and more wines around the planet are made in a fruit-driven, well-oaked, so-called New World style. How does this affect the choices at your local store?

In the late 1970s, Angelo Gaja, Italian winemaker extraordinaire, became the first man to plant Cabernet Sauvignon, the classic grape of Bordeaux, in Italy's Piedmont. In order to do so, he uprooted a perfectly good plot of Nebbiolo, the signature grape of that region. When his father saw what he was doing, the old man shook his head and muttered, "Darmagi." Or "What a pity." Gaja named the wine that resulted Darmagi, in his father's honor.

This anecdote serves not merely as a new entry in the annals of churlish behavior, but more importantly, as a harbinger of global change. It may be only a few hundred miles between the towns of Bordeaux and Barbaresco, but Gaja was taking wine much further. Back then, tradition had it that Italian grapes grew in Italy, French grapes in France and German grapes in Germany. Gaja was one of the first winemakers to decide he would grow what he wanted where he wanted, never mind tradition.

Innovation will always invite cries of "Darmagi," but what does this disregard for borders mean for us today? The impact is unmistakable in two critical ways. The first is the rise of the large corporations I'll call Big Wine, the giant conglomerates that aim for worldwide expansion. The second is the explosive growth--not simply in California and Australia but in Italy, France and all around the planet--of a type of winemaking that favors a fruit-driven, well-oaked, so-called New World style, rather than an Old World style that supposedly values subtlety and emphasizes terroir. These two trends are interrelated, but each has played its own part in changing the old rules of winemaking.

The rise of Big Wine has been nothing short of a revolution. The current era, indeed, may later be described as one in which Big Wine assumed control of the market. The giant conglomerates are taking over large wineries, which are in turn buying up smaller wineries. For example, about this time last year, Foster's Brewing Group in Australia bought California's Beringer winery, which had itself recently purchased smaller California properties Chateau St. Jean and Stags' Leap Winery. Then, last December, Beringer bought the 900-year-old Tuscan winery Castello di Gabbiano. A little more recently, the LVMH group, a French corporation, added a majority stake in California's Newton winery and Australia's Mountadam to its portfolio, which already included the French kingpins Krug Champagne and Château d'Yquem.

Mondavi is another big company intent on getting bigger. Instead of buying wineries in other countries, the California titan decided to trade on its own name and reputation to foster international alliances. In Italy, Mondavi partnered with the Frescobaldi family to produce Luce and Lucente, and in Chile with Eduardo Chadwick to produce Seña. Mondavi also spent a year trying to start a vineyard operation in the South of France, before abandoning the idea. (Mondavi has also sold Vichon, its Languedoc-based line of wines.) This kind of approach to globalization seems more in line with the McDonald's philosophy--create a worldwide brand name or a familiar face for wine drinkers in unfamiliar territory.

Further blurring the global picture are the "flying winemakers," an evolving breed of oenologists who work not for a single winery but as consultants to many, all over the world. The term was coined in the 1980s to describe a group of Australian winemakers whose innovative ideas were powering the burgeoning wine industry Down Under. Turning out intense and fleshy New World wines that they created using new vineyard techniques, they brought cutting-edge technology into the winery and notably promoted the use of the now-ubiquitous small oak barrel.

The most famous flying winemaker of all is Michel Rolland, who hails not from Down Under but from Bordeaux. Rolland consults to well over 100 wineries a year, from Bordeaux to California (he recently signed on with Mondavi) to Chile and even to India. Famous for crafting softer, mostly Merlot-based wines that are approachable even in their youth, Rolland and his prodigious influence lead one to wonder whether he is la poule or l'oeuf.

Is Rolland solely responsible for an entirely different style of wines, or is he just one of several trendsetters? I tend to think the latter, for it's not just flying winemakers who have been the creators of the wine world's Zeitgeist. There are also powerful importers such as Marc de Grazia, who encouraged modern winemaking methods in Piedmont, and Robert Kacher, who has gone so far as to purchase oak barrels for his winemakers in the south of France. And with so many missionaries preaching the same gospel, it's no wonder a dominant wine style has emerged.

And Big Wine is showing--through sales figures and ratings by an increasingly influential wine press--that New World­style wines are what consumers want. After all, Big Wine's greatest strength is that it can offer wine drinkers an enormous variety of bottles that are extremely consistent, case after case, year after year. Some of these wines are stunningly good.

These trends have undoubtedly led to an increase in the overall quality of wine. Today, for example, $10 buys a far better bottle than it did even a decade ago. For that we have Big Wine to thank. But while that may be great news for casual wine drinkers, what about the connoisseurs? The ones who relish a hunt through musty old wine shops? The ones who see the whims of weather and climate as an essential component in the creation of any great wine?

Will our choices be reduced one day to Soylent red or Soylent white?

I think not. As Big Wine gets bigger, I'm convinced the demand for distinctive and esoteric wines will also increase. Artisan winemakers may be forced to seek vineyard land outside of the financially impenetrable Napa Valleys of the world, but their wines will continue to be sought after. The mercurial marketplace assures us that these boutique winemakers will keep the more obscure varieties in production and work to create idiosyncratic wines true to regional style.

This is, after all, what's happening right now in places as diverse as New Zealand and Spain. With the advent of the garagistes, the small producers making tiny lots of wine in garages and tool sheds, it's even been happening in the holy land: Bordeaux. These guerilla winemakers are turning up the heat on the classified growths by getting attention and garnering critical praise with small-production wines like Le Pin and Valandraud that most of us will never see. Darmagi itself, at around $200 a bottle, is one such wine.

Is this a pity? I tend to think not. Elite wine has always been the province of the elite. As for the rest of us, thanks primarily to Big Wine, there's never been more good wine that we can afford. We can still splurge when we get the urge. 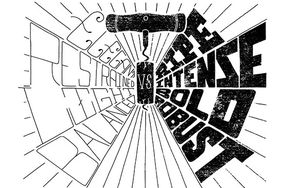 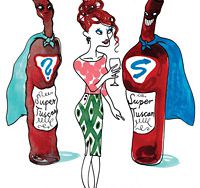