During the pandemic, Instacart has more than doubled its freelance "shoppers," but it's slimming down its number of in-store employees.

While the COVID-19 pandemic has been a disaster for most of the economy, some business models have benefited from their ability to bolster our "new normal." Grocery delivery has surged—and as the largest independent grocery delivery provider in the country, Instacart has been there to fill the demand.

Back in April, the company made headlines with their plans to hire 250,000 new workers, more than doubling its army of grocery delivering independent contractors. But now, with approximately 500,000 of these "full-service shoppers" at their disposal, Instacart is also scaling down its "in-store shopper" model—and at least 1,800 employees are losing their jobs, including Instacart's only unionized employees.

To understand the change, let's refresher on how Instacart works: Full-service shoppers are independent contractors who do it all—shop and deliver. These half-million employees offer the most flexibility for Instacart. Meanwhile, in-store shoppers—of which fewer than 10,000 exist—are Instacart employees who basically mimic a grocer's own in-house delivery, working at a single store at a time. (Instacart had this kind of partnership with Whole Foods before Amazon took over.)

But Instacart suggests that the pandemic has further upended the existing model. "Over the last year in particular, the grocery industry has gone through an accelerated transformation requiring retailers to reimagine the shopping experience for their customers and explore new approaches," the company wrote in a blog post earlier this week. "As part of our ongoing efforts to uniquely support each of our retail partners, we'll now be offering two distinct Instacart Pickup models—Partner Pick and Instacart In-Store Shopper Pick—as well as testing in select markets a new feature that enables full-service shoppers to fulfill pickup orders."

To put it another way, whereas, in the past, Instacart's in-store shoppers would have handled these pickup orders, the company will now have their partners accept orders via Instacart's platform and put the orders together themselves. Additionally, Instacart will test a new feature where their more flexible independent contractor shoppers can go into stores and handle putting together pickup orders as well: essentially, pick, pack, but not deliver. "As a result of some grocers transitioning to a Partner Pick model, we'll be winding down our in-store operations at select retailer locations over the coming months," Instacart continues.

Adjusting their pickup service is Instacart's prerogative, but Kroger—one of Instacart's partners that is transitioning to this new model—offered an intriguing, if somewhat cryptic, alternate take. "The Kroger family of companies was not involved in Instacart's decision to suspend its in-store operations model," the company told CNN in a statement. "For those who are looking for a career opportunity, we have thousands of retail roles available."

Assuming its true, Kroger's statement implies that these "new models" aren't entirely about partners reimagining their services and may be more about Instacart trying to shed employees in favor of independent contractors —something that's been a regular criticism of "gig economy" companies from Uber to DoorDash. All of these companies, including Instacart, supported Prop-22 in California which offered up a loophole to allow them to continue to classify workers as contractors.

And hammering the message home—among the approximately 1,877 Instacart employees losing their jobs—this split with Kroger will also mean that, fittingly, Instacart's only unionized employees are getting the ax: ten in-store shoppers at the Kroger-owned Mariano's grocery store in Skokie, Illinois.

In a letter posted to the United Food and Commercial Workers International Union (UFCW) website, penned by a lawyer on behalf of Instacart, the company suggests these employees could potentially take on similar roles offered within the store they already work at and may be offered "separation packages between $250 and $750" based on their years of service. The letter also says that Instacart will assist anyone who wants to transition into being one of their independent contractors after losing their employee status.

Speaking with an Instacart spokesperson, I was told that Instacart has no plans to abandon the in-store shopping model, and I was pointed towards their blog post which states, "With some retail partners, we'll continue to invest in and support their pickup service with Instacart in-store shoppers." Additionally, the company provided a statement saying, "We know this is an incredibly challenging time for many as we move through the COVID-19 crisis, and we're doing everything we can to support in-store shoppers through this transition."

But looking at the gig economy more broadly, Instacart's suggestion that unionized employees could transition into freelancer roles is about as on-the-nose as it comes. These kinds of delivery companies appear to have no interest in shifting away from the independent contractor model anytime soon. 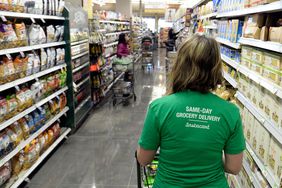 Instacart Workers Call for Another Boycott Over Tips 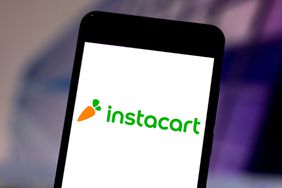