Usually, the Krewe of Red beans throws a beloved, bean-themed parade. In 2020 and 2021, they turned their attention to helping the keepers of New Orleans' parade culture fed and employed.

Chelsea Brasted is a culture writer in her native city of New Orleans. She has written about entertainment, travel, art, and food since 2012.

Experience: A New Orleans native, Chelsea Brasted has written about culture, food, travel, arts, and entertainment since 2012. As a staffer at the Times-Picayune and then as a freelancer, she has covered Mardi Gras, investigated cultural nonprofits, waded through floodwater, reviewed musical performances at major festivals, and interviewed celebrities like Denzel Washington, Maya Angelou, and Sting. Her work has been published in the Wall Street Journal, National Geographic, Bon Appetit, The New York Times, and other publications.

You could say it's about Mardi Gras, the holiday that celebrates an excess that here in New Orleans is glorified in spectacular fashion arguably all year long. You might say it's about the pandemic, a desperate attempt to hold tight to the things that feel normal, that remind us of the before times. But in the end, beneath all the glitter and social media campaigns, all that really matters to Devin De Wulf and his Krewe of Red Beans, is feeding people.

"It's easy to typecast it as some heroic dude doing this stuff," said De Wulf, who before the pandemic was best known as the leader of a legume-themed walking parade on Lundi Gras, the penultimate day of the Carnival season, which ends on Mardi Gras Day. "I prefer to think of myself as a connector...I feel an obligation to try and see what happens, and I feel like at the end of the day, if I do that and give it my best, I have nothing to be ashamed of or feel bad about, because I can say I tried."

But during the pandemic, the organization's role shifted drastically and it became something of a cross between a clearinghouse and a war room for keeping local culture-bearers fed and on their feet. Early on, Red Beans hired out-of-work musicians to deliver food and coffee from 49 local restaurants and cafes to front-line healthcare workers in a program it called "Feed the Frontline." That soon morphed into Feed the Secondline, an ongoing subscription-based program that hired 100 out-of-work musicians and artists to grocery shop for 125 elder culture-bearers, who have shaped and created the city's music, food and dance that give it its outsized international reputation. In its latest program, after local officials canceled annual parades and events, the krewe created its "Hire a Mardi Gras Artist" campaign, which put 43 parade float designers to work creating over-the-top decor for 23 houses in the city's grassroots efforts to still put on a fabulous — albeit socially-distanced — Carnival show.

When the krewe recently hit a milestone, raising more than $2 million for all of its projects, De Wulf, a stay-at-home dad, barely skipped a beat, instead focusing on the people that money was able to keep fed.

One of those people is Benny Jones, the bandleader of the Treme Brass Band, who has long marched in the Krewe of Red Beans' parade. Used to having a handful of gigs per week during Carnival, Jones saidhe's lucky to have that many in a month right now.

"They've been doing a tremendous job helping musicians, the social aid and pleasure clubs, Mardi Gras Indians, the Baby Dolls — they've been working real good with the culture," Jones said of the krewe. "What makes it so special is nobody has reached out and done as much as the Red Beans."

When the official word finally came that Carnival parades would be canceled for 2021, there was almost a moment of relief for Caroline Thomas. A float designer with the Royal Artists, Thomas didn't want to see her work being used as a gathering point during a pandemic and, she said, it also felt like an opportunity to finally deal with what would come next.

"It was that last final stage in mourning where you're having this level of acceptance," Thomas said. And that's when she talked to De Wulf.

Longtime friends, Thomas knew De Wulf and his krewe would be able to help her and other float designers like her, many of whom were laid off or lost contract work. The pair saw residents across the city begin to design outlandish displays for their homes — "house floats," as they've come to be called — creating oversized jewel boxes of creativity and weirdness on almost every block. To put float designers back to work, Red Beans offered raffle tickets for fully crafted house floats and used the proceeds to hire the artists for the custom artwork.

The results have been ornate and wild and fantastical creations like the "Nite Tripper," a Central City house in honor of Dr. John, and a technicolor display of zoo animals in an homage to a class track from funk legends The Meters. At Hotel Hope, a nonprofit that offers transitional housing, an interactive house float honors women who bring hope to others and asks passersby to scribble the names of the women in their lives who do the same, adding to the overall display, while at one dubbed "Acadian Hayride," the smiling faces of Cajun musicians are caught mid-tune.

The krewe also prioritized paying its designers a fair wage. In that sense, Thomas said, as De Wulf and the Krewe of Red Beans made their own rules for the program, they created something distinctly in line with one kind of Carnival tradition.

"It's a time when you want to make sure your community is fed and secure," she said, recalling prior year's Carnivals when it was tough to run into friends without someone putting a plate of food in her hand. "It might look like a bunch of art—but there's a lot more going on there."

What does it mean to feed someone? You could throw some things together and pass off a plate of food. Or, as De Wulf might suggest, you can build a community that offers each other the tools to thrive on its own terms.

"It really is building community, so I see this as all one extension of the same thing," De Wulf said.

With the coming end of Carnival season, the Krewe of Red Beans is already looking to its next project. In a new program due to begin Feb. 10, De Wulf said, the krewe will sell prepaid "Bean Coins," essentially gift cards for local bars, to help prop up local watering holes barely scratching by as the city cracks down on social distancing, even closing bars citywide for the final weekend of the season through Mardi Gras Day. For the Krewe of Red Beans, it's another reason to get to work.

"In New Orleans, everyone is actively participating in the creation of culture in their own, tiny way," Thomas said. "It's inspiring. It's a triumph." 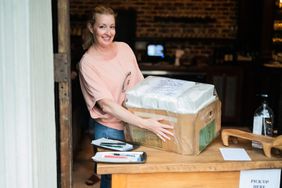 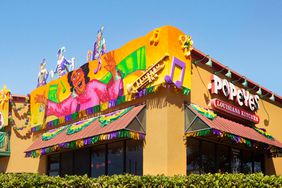 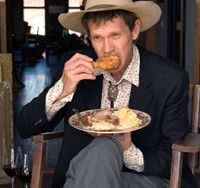