The state's Sharwil variety is making a comeback after a 25-year hiatus.

If you haven’t heard a lot about Hawaiian avocados and you happen to live in the Lower 48, there’s a good reason for that. While the tropical island state is an ideal growing region for the fatty fruits, the ability to export them eastward has been fraught with regulation and all but ceased for the better part of a quarter century. But last month, Hawaii’s avocado industry saw weekly shipments of roughly 3,000 pounds each commence to a pair of Seattle produce wholesalers. The larger, regular exports signal what could be a huge expansion for Hawaii’s avocado farmers on the horizon.

Domestically, California and Florida dominate avocado production (growing the familiar Hass variety) with Hawaii coming in third and utterly dwarfed by the over two billion pounds of fruit coming in from Mexico and South America each year. Even then, the three states listed above only account for about ten percent of total demand as the United States’ annual per capita consumption of avocados has skyrocketed from 2.21 pounds in 2000 to 7.47 pounds in 2018. Clearly, the demand is there, so why hasn’t Hawaii been supplying it?

According to the Hawaii Tribune-Herald, Hawaii’s first interstate avocado trade occurred with Alaska back in the late 1980s and expanding from there to the rest of the country. The state dealt in the Sharwil variety of avocado, which some say is superior in taste and texture and yields more flesh. But just a few years later, in 1992, fruit flies ruined everything. Larva for a particularly pesky variety of fly was found in a Hawaiian produce packing house. At the time, the avocados were seen as a possible culprit for transporting the flies to the other 49 states.

In response, the USDA slapped stringent regulations on the export of Hawaiian Sharwil avocados which included cold treatment and fumigating, processes that essentially ruined the superior appeal of the final product. Growers stopped bothering to produce the fruits and the entire Hawaiian avocado export industry went dormant.

But after further testing and analysis, the charge against the Sharwil was found the be erroneous. Yes, two decades worth of Hawaiian avocados were denied to the rest of America for, well, no good reason at all.

Things were looking up in 2013, however, when Hawaiian Sharwil avocados were approved by the USDA for import from the islands to 32 states with colder climates that didn’t have susceptible fruit-bearing trees active during the November to March harvest period (California and Florida not included, obviously). Still, farmers had to comply with strict rules: the fruit must have its stem and have never touched the ground (where rotting fruit attracts flies) and the entire operation must pass inspection by the USDA.

Currently, there are only 12 avocado farms either certified or pending certification by the USDA. And while that number doesn’t seem too small, the number of packing plants does: There’s only one. Located in Kona, the 3,000 pounds per week (which is being flown to Washington on Alaska Airlines) has the facility operating at its maximum capacity. But apparently the demand for new avocado grafts (which can be used to turn existing trees into Sharwil-bearing plants) is increasing and interest in expanding the packing operations is also on the upswing.

So while it’s taken five years to get just a few thousand pounds of avocados coming out of Hawaii on the regular, island-grown Sharwil avocados appear poised for a delicious comeback. 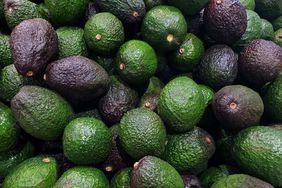 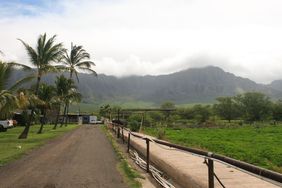