Hard Seltzer and Other Ready-to-Drink Beverages Will Surpass Wine

Sales of ready-to-drink alcoholic beverages are surging while wine consumption is stagnant; a sea change was inevitable.

Hard seltzers and canned cocktails have been two of the biggest beverage trends over the past few years, with seltzers especially exploding into a full-on phenomenon embraced by industry leaders like Bud Light and Corona. Typically, these ready-to-drink (RTD) alcoholic beverages get compared to beer. Beyond similarities in packaging, hard seltzers—which make up over half of the RTD category—tend to be produced by breweries and clock in with similar ABVs.

As a result, seltzer sales are often described as cutting into the beer market. But IWSR Drinks Market Analysis recently released a prediction that may put the exponential success of RTD beverages in a fresh perspective: By the end of 2021, Americans are poised to drink more RTD beverages by volume than wine.

In their report on last year's global alcohol consumption, IWSR explains, "Not only did RTDs post double-digit global growth in 2020 (+26.4 percent), it was the only beverage alcohol category to grow at all during the COVID crisis, resonating with consumers across all demographics, and driven by the trend for convenience, refreshment, and flavor." The report states that near identical global growth is expected for 2021, then adds, "In the U.S., where the hard seltzer subcategory of RTDs grew by +130 percent in 2020, RTD volume is already larger than the total spirits category, and by the end of this year, RTD volume consumption there will be larger than that of wine."

Now, a couple things to keep in mind. These numbers are "by volume," and whereas most RTDs hover around the 5 percent ABV range, wine tends to land somewhere between 11 and 15 percent. So when taking alcohol into account, comparing the volumes of RTDs to wine isn't exactly an even proposition. Additional, RTD is an extremely broad category: IWSR includes canned and bottled cocktails, hard seltzers, hard coffees, hard teas, hard kombuchas, wine spritzes/coolers, and flavored malt beverages like Smirnoff Ice.

Still, the idea that any coalition of alcoholic beverages besides beer could eclipse wine in total volume of consumption is a significant sea change—and one that becomes even more incredible when you track the rate of change over the years. IWSR says that while wine consumption volume in the U.S. has seen a mere 0.5 percent compound annual growth rate since 2016, the RTD category's annual growth has been 30.5 percent over that same period. And for 2021, RTDs are on pace to see an additional 48.8 percent jump in growth while wine consumption is expected to be up just 0.8 percent.

And interestingly enough, just as brewers across the country have been forced to shift gears to hard seltzers to keep up with consumers' rapidly changing tastes, winemakers may now be forced to do the same. "Given the growth of this trend and the need to stay relevant, innovation within the wine industry is starting to quicken pace in regard to non-traditional wine options," Brandy Rand, COO of the Americas at IWSR, told The Drinks Business. "Several winemakers have already invested in the ready-to-drink space. Within the last several months alone, several major brands have introduced wine spritzers…. While there are some positive growth trends within the traditional wine segment, for many owners, having brand extensions that meet these changing consumer needs is a smart marketing strategy." 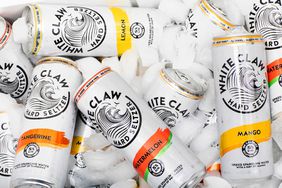 U.S. Alcohol Sales in 2020 Were at Their Highest Levels in 18 Years 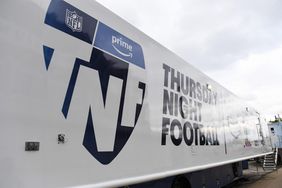