The season 10 trailer shows the effects of "baking fever" sweeping the nation.

The Great British Bake Off (known as The Great British Baking Show in the States) has a dedicated following for a reason—it's soothing and low-key, featuring 12 amateur bakers battling it out for a simple title without the drama you'd typically expect from other flashy competition-based cooking shows. While we left off season 9 last fall with Rahul Mandal as the winner, season 10 is on the way soon, according to Channel 4, where the show airs in the U.K. Last week, the British network dropped a promo trailer for the upcoming season on YouTube, soundtracked to a cover of The Beatles' "All Together Now" and featuring quirky scenes inspired by all things dessert.

The trailer kicks off with a fake newscast reporting "chaos in the supermarkets as baking fever sweeps the nation"—then, "All Together Now" begins to play while customers frantically grab butter, eggs, and milk off the shelves. They start baking at home, whipping out their stand mixers and pouring batter. One enthusiastic baker even has a framed painting of Paul Hollywood set above her oven, which she kneels before while she bakes. In a similar fashion to past season trailers, the remaining footage is even more trippy—think an astronaut eating cake in space, people fencing with baguettes, and a chorus of coal miners singing from an oven. We also see cake versions of Paul Hollywood, Prue Leith, Noel Fielding, and Sandi Toksvig join in on the song—even Cookie Monster makes an appearance, singing "Me love you" to a pile of chocolate chip cookies. The trailer ends by saying "let the baking season commence" and that The Great British Bake Off will be coming soon to Channel 4. No premiere date has been announced yet, but in the meantime, you can catch up on past seasons on Netflix.

While we wait for more details about the new season, GBBO finalist and fan favorite Kim-Joy Hewlett also announced some news earlier this year—the launch of her debut cookbook, Baking with Kim-Joy: Cute and Creative Bakes to Make You Smile. Set to launch in the U.K. August 22 and debut in the U.S. and Canada on September 3, the book is touted to be "full of colorful bakes and happiness," with step-by-step images to help guide you through the recipes and make Kim Joy's signature adorable desserts. (We've heard space turtles are involved.) Baking with Kim-Joy is available to pre-order on Amazon now. 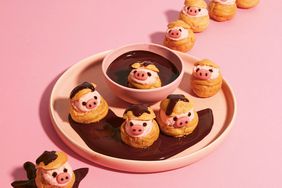 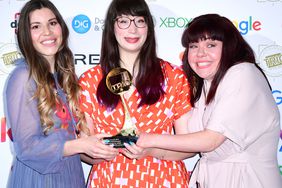 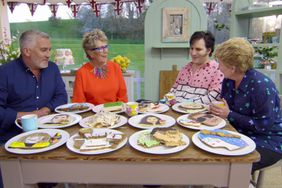 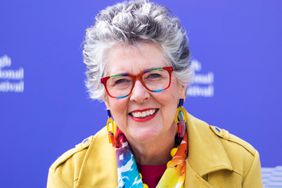