Denmark's Geranium — which came in second on last month's World's 50 Best Restaurants list — is refocusing on plant-based and pescatarian dishes.

Plant-based dining is nothing new, but in 2021, the idea of axing meat has reached the very upper-echelon of the fine dining world.

Back in May, Chef Daniel Humm dropped the bombshell that he'd be taking his three-Michelin-starred and 2017 list-topper of the World's 50 Best Restaurants establishment, Eleven Madison Park, entirely plant-based. (And in the past week, news broke he'd be leaving his London restaurant after the host hotel opted not to agree to a vegan menu there.)

Now, Geranium — the three-Michelin-starred Copenhagen, Denmark, restaurant which, just last month, finished second behind Noma in the World's 50 Best Restaurant Awards for 2021 — has also announced they'll be dropping land-based meat (though not seafood) from their menu starting this January.

"My kitchen at Geranium has long been focused on vegetables, fish and shellfish as the star on the plate, with small quantities of meat," Chef Rasmus Kofoed, who won Bocuse d'Or in 2011, explained on Instagram. "The menu is a reflection of me, of who I am and how I am evolving as a chef and as a human being. I haven't been eating meat for the last five years at home, so to no longer use meat on the new menu was a logical decision and a natural progression for Geranium."

Geranium has said, moving forward, its currently $426 menu which consists of 22 dishes will focus only on fish, seafood, shellfish, and vegetables, a move that will require dropping many of their signature items. Kofoed has dabbled in strictly vegetarian menus before, running a seasonal vegetarian lunch restaurant named Angelika last year.

"I see it as a challenge to create new dishes which celebrate seafood from the pristine waters and vegetables from the local, organic/bio-dynamic farms which thrive here in Denmark and in Scandinavia," he continued. "From my perspective, change is good, we grow from it, we learn from it, we step out of our comfort zone and often we benefit from it. Thank you for being a part of the journey, I'm excited to share this new chapter with you."

Kofoed said that the idea to ax meat came to him when he woke up in the middle of the night, and by morning, he already had 15 new meat-free ideas. So the transition is already happening: "I feel like we need a clean slate," he told the Danish newspaper Berlingske. "We are waving goodbye to our signature dishes and I think that is a big step." 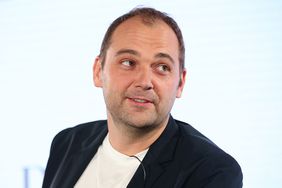 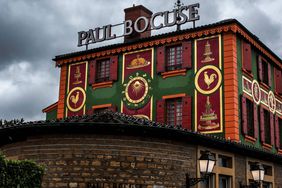 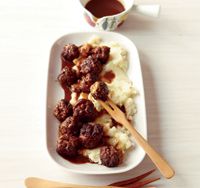