A new report suggests that human consumption of frog legs is pushing some species to extinction.

Restaurants with frog legs on their menus and supermarkets that stock them could be contributing to the decline of certain species of frogs. In one case, they could be pushing a frog found in Turkey toward extinction, according to a report — with the grim title "Deadly Dish" — that was recently co-published by the German nonprofit Pro Wildlife and French environmental protection organization Robin des Bois.

Originally reported by The Guardian, the two groups found state that more than 40,700 tons of frog legs were imported into the European Union between 2011 and 2020, which amounts to somewhere between 814 million to two billion frogs. The countries that import the most frog legs are Belgium, with 70 percent of the total imports, followed by France, and the Netherlands.

According to the researchers, losing such a large number of frogs every year can have a significant impact on the natural environment. "Frogs play a central role in the ecosystem as insect killers — and where frogs disappear, the use of toxic pesticides is increasing," Robin des Bois president Charlotte Nithart said. "Hence, the frogs' legs trade has direct consequences not only for the frogs themselves, but also for nature conservation."

The EU's biggest frog supplier is Indonesia, with almost three-quarters of the market, followed by Vietnam and Turkey. (In the United States, the majority of frogs imported "for human consumption" are from Mexico, Ecuador, and China; in addition, a significant number of the frogs from Ecuador and China are farmed, not caught in the wild.)

A report recently published in the journal Oryx has suggested that harvesting Anatolian water frogs in Turkey is responsible for reducing that species' population by around 20 percent every year. The report's authors project that, if the frogs are harvested at the same annual rate, the frog could be extinct by 2032.

So what are the solutions? When it comes to the Anatolian water frogs, the study authors acknowledge that the size of the market — and its financial impact — make it unrealistic to assume that the frogs will no longer be harvested. Instead, they have recommended banning the collection of live frogs during their mating seasons; training harvesters to improve the sustainability of frog-harvesting; limiting the number of frogs that a single exporter can harvest during a certain period of time; and enforcing size limits so smaller frogs are not harvested.

Those recommendations are echoed in the "Deadly Dish" report. Its authors also recommend that countries that export frogs should conduct ecological surveys to determine the existing sizes of their frog populations, and use those numbers to establish "catch and export quotas." It also recommends that the countries who import frog legs should run awareness campaigns to decrease the demand for frog legs, period. 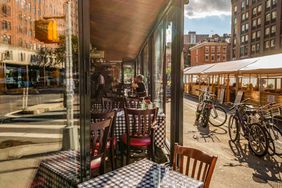 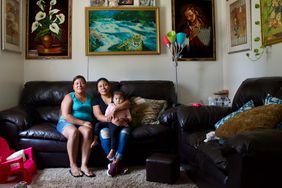