The collaboration with Brooklyn's Dough Doughnuts is the latest in the condiment brand's tradition of National Mustard Day mashups.

At a time when brands seem to bombard us with attention-seeking gimmicks, the mustard brand French's has chosen for consistency. No, they're not above a buzzy ploy, but they've continued to tie it to a single day each year: National Mustard Day on August 6.

In 2019, French's released mustard ice cream in partnership with Coolhaus. In 2020, it was French's Mustard Beer brewed by Oskar Blues. Last year, French's opted for hot dog buns with the mustard baked right in. And so what do they have for 2022? Say hello to the French's Mustard Donut.

Collaborating with the Brooklyn-based Dough Doughnuts, French's will be releasing a limited run of mustard-infused donuts on August 6 while supplies last. The unexpected treats will be given away for free at Dough's six brick-and-mortar locations around New York City or online through Dough's website.

"We've been known to go big for National Mustard Day… This year, we're excited to collaborate with Dough and introduce French's Mustard Donuts, adding our Classic Yellow Mustard to morning routines," stated Jill Pratt, chief marketing officer for French's parent company, McCormick. "We are as committed as ever to showing off new and exciting ways to enjoy this fan favorite condiment and cannot wait to reinvent breakfast this year."

But what does a "reinvented breakfast" taste like? French's says the "bold" donut "reimagines a classic glazed doughnut with a vibrant sweet and savory yellow mustard coating that is topped with a yellow mustard cake crumble." The results combine "the beloved flavor of French's Classic Yellow Mustard with Dough's signature brioche recipe, allowing mustard lovers to wake up and taste the tang."

"Here at Dough, we've always prided ourselves in creating unexpectedly delicious flavors," owner Steve Klein explained. "French's Mustard Donuts presented an opportunity to be imaginative and we couldn't be more pleased with the results. The iconic tanginess of French's Classic Yellow Mustard complements the sweet glaze and fluffy texture of the doughnut for the perfect bite."

Spotting the French's Mustard Donuts in NYC should be pretty easy. The mustard brand will be transforming Dough's six locations — found in Flatiron, Brooklyn, Astoria, Rockefeller Center, Urbanspace Vanderbilt, and Smorgasburg — with bright yellow furnishings including pop art and swag. Intrigued mustard fans will be able to grab a free donut while supplies last.

Meanwhile, anyone hoping to score one online will probably have to act fast. A limited number of free two-donut boxes will be offered for nationwide shipping starting at 9 a.m. ET at DoughDoughnuts.com.

And even if you aren't able to grab a donut, French's says all hope is not lost. The company has provided a recipe to make the donuts at home on its website. 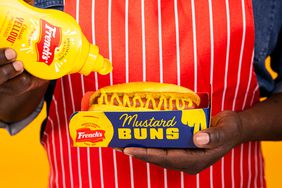 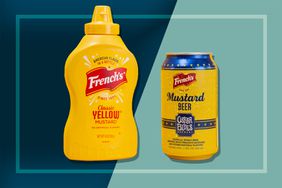 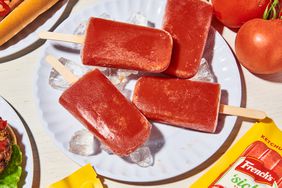 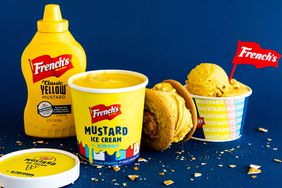